By Jo Faragher on 23 May 2017 in Equality & diversity, Age discrimination 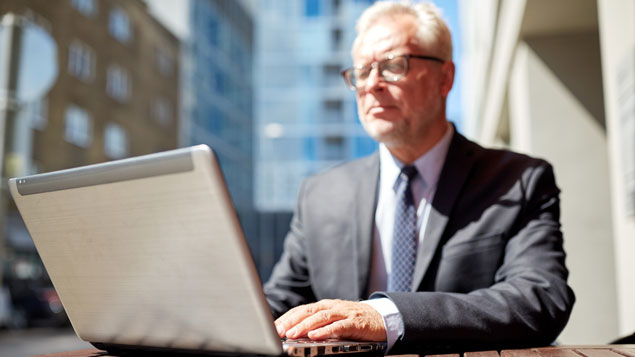 Employers should commit to employing 12% more employees over the age of 50 by 2022, according to Andy Briggs, the Government’s business champion for older workers.

Briggs has called for organisations to publish age data so others can see their progress in meeting this target, and wants employers to sign up to a “Commit & Publish” pledge to secure a million more older staff in the workplace by 2022.

A number of employers have already agreed to the pledge, including Aviva, Atos, Barclays and the Cooperative Group. They have also published the percentage of workers who are over 50.

Briggs believes that publishing workforce data by age will boost transparency into the number of older workers at different employers and encourage other employers to widen their talent pool to bring in more older workers.

Briggs, who is also CEO of Aviva UK Life, said: “The UK is facing a colossal skills gap, and older workers are vital to filling it.

“Businesses can show leadership here, through committing to real change and actively seeking to recruit more over 50s into their organisations.

“By being open about the progress they are making, they can also lead the way in demonstrating the benefits of having a diverse team of employees that represents all sections of society.”

He added that Aviva’s workforce has around 19% of staff who are over 50, and that it “hopes to exceed rather than meet” the 12% target.

The aim is for the data to be published by workplace charity Business in the Community, which has also produced a guide to support organisations in publishing age data.

Rachael Saunders, Age at Work director at Business in the Community, said: “The UK simply cannot meet its growth and productivity objectives without adapting to retain, recruit and develop people aged over 50.”

“We have an ageing society and it is essential that employers act now to ensure employees can stay in work for longer and to support career changes in later life.”

David Haley, senior vice president of Business Transformation Services for UK and Ireland at Atos, added: “We already have a strong representation of workers over 50 in our organisation, and we are committed to continuing to make the most of their talent and experience.

“Our next priority is to maximise the engagement and motivation of all our employees, with age as no barrier.”

However, Nick Elwell-Sutton, employment partner at Clyde & Co, has questioned how effective this measure might be. He said: “There has been plenty of talk about plugging the ever-widening skills gap, which is likely to get worse because of Brexit. However, it seems unlikely that the over-50s will be the ultimate solution.”

“For example, one of the industries that will be suffering most is hospitality, which is unlikely to attract the over 50s due to the nature of the jobs on offer. It’s not the managerial jobs that will face a severe skills-gap but the low paid and low skilled areas.

“These roles are often minimum wage and, for the time-being, zero-hours contracts. Unless businesses can make the roles more attractive, then it seems unlikely that the majority of older workers would want these jobs.”

More data for the first group of companies to publish age data can be found here.