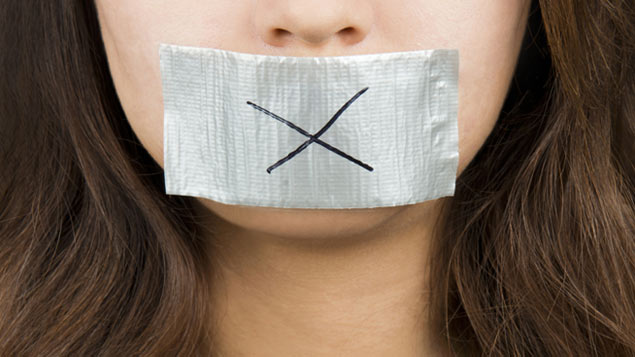 Non-disclosure agreements should not be used to prevent employees from discussing allegations of discrimination and harassment with other staff, while any new laws governing their use should still protect victims’ right to “move on with their lives”, MPs have said.

Maria Miller, chair of the Women and Equalities Committee, said the current use of NDAs in settling allegations of harassment is “at best murky” and sometimes a “convenient vehicle for covering up unlawful activity with legally sanctioned secrecy”.

Allegations of unlawful discrimination are often not investigated properly by employers, The use of non-disclosure agreements in discrimination cases report notes, while many staff do not pursue their case at an employment tribunal due to cost and time pressures. This means some feel they have little choice but to sign a confidentiality agreement.

Miller said it was particularly concerning that confidentiality was being traded for things that employers should be providing as standard, such as references and remedial action to tackle discrimination.

“After signing an NDA, many individuals find it difficult to work in the same sector again. Some suffer emotional and psychological damage as a result of their experiences, which can affect their ability to work and move on. There is also the financial penalty of losing a job and bringing a case against an employer,” she said.

“Some organisations now routinely settle employment disputes without the use of NDAs. We have put forward a range of measures to ensure more follow suit.”

A consultation into banning the use of confidentiality clauses in covering up workplace harassment and discrimination closed in the spring, with feedback still being analysed, but the committee’s report calls for tighter controls to prevent inappropriate and unlawful behaviour. These include:

Employment lawyers said it was good news that the committee had not proposed a blanket ban on NDAs, and welcomed the recommendations to improve clarity around how they should be used.

Melanie Stancliffe, employment partner at Irwin Mitchell, noted that ordering employers to pick up legal costs for a victim who has made a successful claim at a tribunal would be significant.

“Complex sex discrimination claims can be extremely expensive and many employees don’t have the resources to pursue them. If awards were increased and costs awarded, more solicitors may offer the sorts of ‘no win no fee’ arrangements common in personal injury claims. This is likely to encourage more victims to bring claims,” she said.

“Most employers will also make a contribution towards the employee’s legal costs of taking advice. These are rarely sufficient to cover the costs and it’s interesting that the committee suggests costs should reflect the actual cost of providing advice and should be made even if the employee then decides not to sign the agreement.”

However, the TUC said small tweaks to the law around NDAs would not be enough to stamp out sexual harassment.

“More than half of women in the UK have been sexually harassed at work. Sexual harassment has a huge impact on women’s careers and lives so the committee is right to call for radical change, “ said general secretary Frances O’Grady.

“The government must change the law to put the responsibility for preventing harassment on employers, not victims. This would shift the burden of tackling sexual harassment away from the victims. And it would help end toxic workplace cultures that silence those who’ve been harassed.”