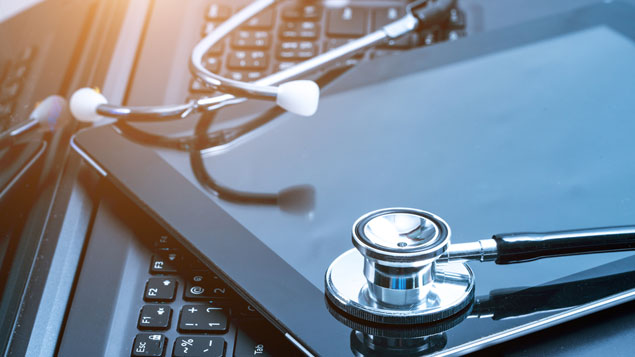 Many employers use healthcare trusts and medical master trusts to deliver healthcare benefits to staff. But new rules on tax avoidance mean organisations should review their motivations for using trusts or potentially face higher costs, according to Kevin Gude of Gowling WLG.

One option for large employers to save costs in delivering healthcare benefits is to operate a healthcare trust. These are a means for organisations to gain a degree of control over staff healthcare spend in a cost-efficient way. Operating a trust is an established and increasingly popular alternative to providing medical benefits to employees through insurance.

Smaller businesses can also benefit from participating in medical master trusts; centralised trusts that are designed and operated by an administrator.

How to manage the cost of private health insurance

However, an upcoming HMRC measure could have an impact on the cost savings of delivering healthcare benefits through a trust.

As the trust serves as an alternative to insurance, and is subject to VAT on administration costs instead, employers do not pay Insurance Premium Tax (IPT) on their contributions.

Following a series of IPT increases, trusts have been able to benefit from a potential cost reduction of 12%, compared with the payment of medical insurance premiums.

It’s a very attractive distinction, but it is one that many trust administrators and advisers have been sensible to play down.

Healthcare trusts are legitimate vehicles for the provision of medical benefits and are recognised as such by HMRC in its Employment Income Manual. This allows them to enjoy benefit in kind treatment in the same way as medical insurance.

But the recent IPT increases (and the suggestion that more may follow) have provoked concern amongst experts that, despite HMRC’s acceptance of the trust model for benefit in kind purposes, and the absence of legislative clarity, some trusts could still be seen as tax avoidance schemes in the way that they promote the avoidance of IPT.

The recent Finance Bill announced a reform to how indirect tax avoidance schemes are to be identified, as part of HMRC’s Disclosure of Tax Avoidance Schemes (DOTAS) programme.

Insurance premium tax is one of the indirect taxes identified in the Bill, and its accompanying regulations introduce a new reporting requirement on promoters of “notifiable arrangements” – which means the business responsible for the arrangement or who makes it available for others to use.

The notification obligation applies where the main benefit, or one of the main benefits, that might arise as a result of entering into the arrangement is the obtaining of a tax advantage. In most cases, “advantage” will mean a simple relief from, or reduction of, tax otherwise due.

The draft regulations go on to describe as “notifiable” any arrangements where a promoter makes the arrangement available via standardised documentation, if certain conditions are met.

It is thought likely that HMRC could reasonably consider some medical master trusts (as well as other types of funding mechanism) to be caught within that description.

What does that mean in practice?

Anyone who presents the potential IPT savings as the material motive for, or benefit of, making use of healthcare master trusts places their arrangements at risk of notification to HMRC.

HMRC could investigate the arrangement and, in turn, impose additional tax on employers who participate in those trusts.

Conversely, and much more positively, the new rules also provide much-needed certainty that, where other motives are reasonably considered to be the main purpose of the arrangement, the trust should not be caught by the new rules or prompt HMRC to consider it as a tax avoidance measure.

The adoption into law of the new notification rules has been postponed after a shortened Finance Act 2017 came into force after the General Election was called.

However, HMRC has confirmed that the provisions will be included in a further Finance Bill, to be enacted as soon as possible after Parliament reconvenes.

In the meantime, administrators and providers of healthcare master trusts might want to re-examine their motives for using them and how they are presented to current and future participating employers and employees.

By discounting any incidental IPT savings that the trust might create, the focus can – indeed, should – then fall back onto the other recognised benefits that participation can bring, including greater freedom to determine benefits, treatment providers and administrators, and improved cost-control.

Although the legal duty to notify HMRC about the arrangement will now fall on the provider or administrator, each employer should still examine and be satisfied with its own motivations for participating in that arrangement.

Employers should not rely on their providers to carry out that review for them but, alongside their advisers if necessary, should consider whether any changes are needed to the arrangement they participate in.

In the short term, the advent of the new tax rules may also disrupt the market for providers of alternatives to insured medical benefits.

Over-reliance on IPT savings could result in some products being notifiable, but for the majority of providers and employers, the new rules should be treated as a welcome opportunity to put to rest any lingering concerns about tax avoidance and focus instead on the wider, longer-term gains of providing benefits via a healthcare master trust.