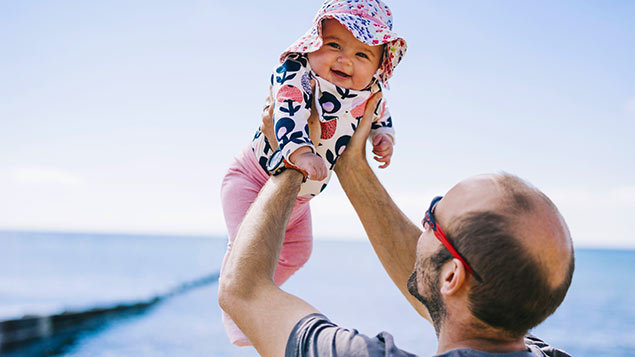 A father whose wife was advised to return to work to combat post-natal depression has won a sex discrimination claim after his employer told him that he would be paid full pay for only two weeks’ paternity leave.

Take part in our maternity and paternity pay survey

The policy gives female employees with 26 weeks’ service the option of 14 weeks’ enhanced maternity pay, followed by 25 weeks at the rate of statutory maternity pay.

Under the Telefonica policies, new fathers are entitled to two weeks on full pay, during their paternity leave.

When Mr Ali’s wife gave birth, she was diagnosed with post-natal depression. Medical advice was that returning to work would assist her recovery.

Which employees are entitled to shared parental pay?

Mr Ali was able to take fully paid paternity leave for the first two weeks following the birth of his child, followed by a number of weeks’ annual leave.

While accepting that two weeks’ maternity leave is compulsory for new mothers, Mr Ali argued that, for the next 12 weeks, male employees should be given the same right to leave on enhanced pay as female employees.

Mr Ali argued that the employer’s policy assumes that a man caring for his baby is not entitled to the same pay as a woman performing that role, taking away the choice that he and his wife wanted to make for their baby.

According to Mr Ali, this was not a valid assumption to make in 2016.

The employment tribunal upheld Mr Ali’s sex discrimination complaint in Ali v Capita Customer Management Ltd. It accepted that men are being encouraged to play a greater role in caring for their babies.

The employment tribunal believed that the role of primary carer is a matter of choice for the parents, but that the choice should be free of “generalised assumptions” that the mother is always best placed to undertake the primary role and should get full pay.

Decide your policy on shared parental leave and pay

According to the tribunal, in this case Mr Ali was best placed to perform that role, given his wife’s post-natal depression.

It has been reported that Capita will appeal the decision.

Stephen Simpson, principal employment law editor at XpertHR said: “When shared parental leave was introduced, by far the most common query we received from employers was whether or not they needed to enhance shared parental pay if they already enhanced maternity pay.

“Employers should remember that all the decisions so far have been at first instance. There is no binding case law that specifically requires employers to enhance shared parental pay if they enhance maternity pay, and it’s not required by legislation either.

“The sooner an appeal court or tribunal sorts out this area of uncertainty for employers, the better.”

According to XpertHR research in May 2016, around a quarter (24.7%) of employers surveyed enhanced, or planned to enhance, shared parental pay – usually to match their arrangements for enhanced maternity pay.

However, more than half (54.1%) of respondents with a policy to enhance maternity pay, said they did not enhance shared parental pay.

In Hextall v Chief Constable of Leicestershire Police, an employment tribunal held that a police force’s policy of giving a period of full pay to mothers on maternity leave, but paying only statutory shared parental pay to partners, is not discriminatory.