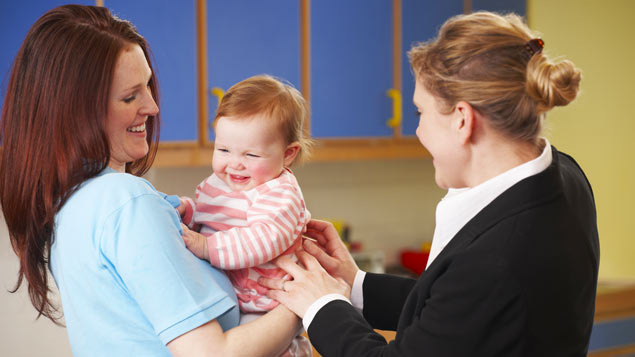 The childcare profession had the highest proportion of underpaid workers, the report finds. Image: Shutterstock

Almost half a million people were paid less than the hourly minimum wage they were entitled to in 2017/18, according to the Low Pay Commission.

In the year to April 2018, 439,000 people were paid below the rate they were entitled to. Around 369,000 were workers aged 25 and over and should have received the national living wage – an increase of 30,000 on the previous year’s level of NLW underpayment.

Women are more likely than men to be paid less than the minimum wage rate, as well as the youngest and oldest workers, according to the Low Pay Commission’s Non-compliance and enforcement of the National Minimum Wage report.

The childcare profession had the highest proportion of underpaid workers, while the largest numbers of underpaid staff worked in hospitality, retail, cleaning and maintenance.

“We recently celebrated 20 years of the minimum wage – it has raised pay for millions of workers, but it is essential that people receive what they are entitled to. It is also vital for businesses to be able to operate on a level playing field and not be illegally undercut on wages,” said Bryan Sanderson, LPC chair.

“The government has made real progress with its enforcement of the minimum wage, but more needs to be done to ensure employers comply in the first place and workers know how to enforce their rights.”

A record number of workers were found to have been underpaid in 2017/18, while the total fines levied on non-compliant employers also increased.

However, the LPC says some cases of underpayment can be legitimate: for example, because of the accommodation offset; commission and bonuses; piece rates; and because the data may fail to identify workers as apprentices.

The report says the government needs to target its resources as effectively as possible, especially as HM Revenue and Customs has benefited from increased funding for minimum wage enforcement.

It continued to publicly name employers found to have underpaid the NMW and in 2017/18 a total of 911 employers were exposed as failing to pay staff what they were entitled to, resulting in £6.2 million in arrears being paid to more than 61,000 workers.

The report urges the government to continue investing in communications to employers and workers around minimum wage compliance an enforcement; improve how the extent of underpayment is measured; investigate new methods for assessing the scale of non-compliance; restart regular naming rounds; and consider how to build confidence in the complaints process.

TUC general secretary Frances O’Grady said: “Every worker deserves fair pay for their work. There can be no exceptions to the minimum wage.

“And there should be no hiding place for bad employers – that’s why the government must restart naming and shaming bad bosses who cheat their workers out of pay.“