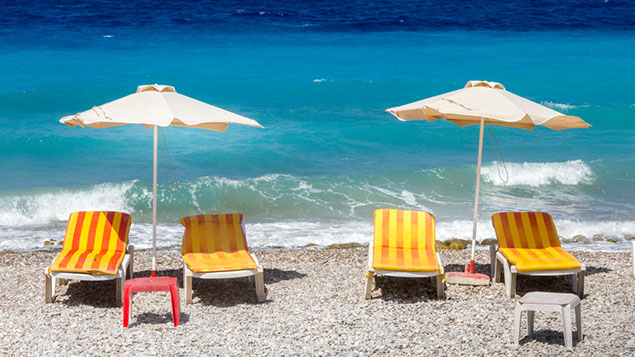 One in 12 workers are not receiving their full holiday entitlement, according to the TUC.

The trade union body’s analysis also showed that 1.2 million employees were not getting any paid leave. Agriculture (14.9%) was the sector where the highest proportion of workers was likely to miss out and retail was where the highest number of staff were losing out (348,000 people).

TUC general secretary Frances O’Grady said that employees who did not take their holiday were at risk of burnout and that poor mental health, and by implication, lower productivity, were the likely consequences.

Employees are entitled to 28 days’ annual leave (pro rata) including public holidays but, according to the unions body, unrealistic workloads, managers failing to agree time off and a failure by businesses to keep up with the law was behind the high numbers losing out.

The TUC is urging HMRC to be given powers to clamp down on employers who deny staff their statutory holiday entitlement. This would include the power to ensure that workers are fully compensated for missed holidays.

The government has recently consulted on enforcing holiday entitlements but has yet to announce any plans. The TUC says ministers must guarantee all UK workers can take the holidays that they are entitled to. This would include the power to ensure that workers are fully compensated for missed holidays.

O’Grady said that “while many workers are away enjoying time off with friends and family, millions are missing out. And that puts them at risk of burnout.

“Employers have no excuse for robbing staff of their well-earned leave. UK workers put in billions of hours of unpaid overtime as it is.

“The government must toughen up enforcement to stop bosses cheating staff out of their leave.“

A spokesperson for the Department of Business, Energy and Industrial Strategy, said: “The government expects employers to treat their workers fairly and abide by employment law – including making sure workers get the holiday pay and leave they are legally entitled to.

“Through our Good Work Plan, we’re providing new rights to millions of workers, with holiday pay to be enforced for vulnerable workers. We’ve now consulted on this and will outline plans in due course.”

The government listed three areas that will be covered by these plans:

The TUC analysis of holiday entitlement take-up was based on unpublished figures from the ONS Labour Force Survey.

In May, a survey by recruitment specialist Glassdoor revealed that only 43% of UK employees were taking 91%-100% of their holiday entitlement.