More than a million senior roles are now part time

One in six management or senior-level roles is now worked part-time, according to research from flexible working consultancy Timewise.

Its annual Power 50 list of executives who work part-time contracts estimates that there are 1 million part-time employees who earn more than £40,000 (full-time equivalent salary).

This year, a fifth of those who appear in the list are men. This proportion has doubled since the first Timewise Power 50 awards in 2012. One is Marc Nohr, group CEO of marketing and communications group Miroma, who works a four-day week. 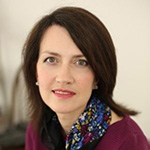 The Cabinet Office was recognised as an innovator in flexible hiring by Timewise, for its job share matching scheme. Underwear retailer Figleaves was also celebrated for its digital working model.

But while Timewise applauded the increase in higher-earning roles that are being worked part-time, it noted that there is still a ceiling on the availability of part-time structures in senior roles.

Timewise co-founder Karen Mattison said: “Just a few years ago, people were reluctant to admit they worked part-time for fear of being seen as less committed or ambitious. No more. With one in six manager and senior-level executives working less than five full days a week, it’s clear flexible working has hit its stride.

“But a key challenge remains when it comes to flexible hiring – which is in its infancy. It’s time to fix the jobs market for this talented pool of flex execs – something we are 100% committed to.”

What has cyber security got to do with...

Green jobs: are there shoots of growth on...