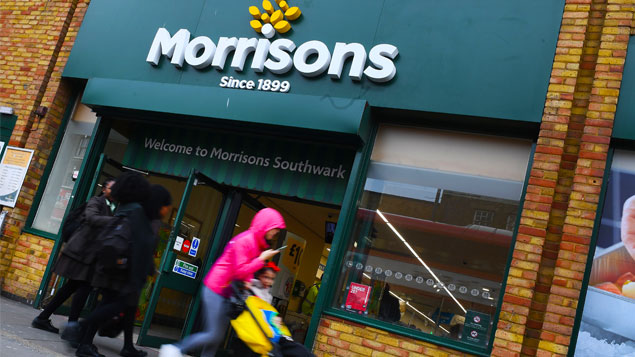 Morrisons has become the latest supermarket to face an equal pay claim from its shop floor workers, which if successful could see it pay out £1bn in compensation.

Law firm Leigh Day is seeking back pay for its predominantly female retail workers, who believe they are paid less than the staff in its distribution centres – who are mainly men – for equal work.

Around 80,000 Morrisons employees are eligible to make a claim. If successful, they could collectively be entitled to more than £1bn in back pay.

Emma Satyamurti, a partner at Leigh Day, said: “We believe that Morrisons, as with the other major supermarkets, has underpaid those working in its stores for a number of years. The big four supermarkets in the UK make vast amounts each year in profits – it is time that they faced up to their legal obligations under equal pay legislation.

“Our clients believe that those working on the shop floor should be paid the same as those in the distribution centres, and a failure to commit to this is not only unfair but unlawful.

“This legal action is being taken forward to ensure that the work done in stores and distribution centres is recognised as being of equal value; not the same work, but work of equal value and that those working on the shop floor should be paid the same as their colleagues in distribution.”

Leigh Day has notified Acas of its intention to lodge the claims, and has requested pay and gender information from Morrisons CEO David Potts.

It has also asked the retailer to confirm whether it has carried out an equal pay audit, which the Equality and Human Rights Commission said is the most effective way of ensuring staff are paid fairly.

A Morrisons spokesperson said: “We are not aware of any court proceedings issued by a third party. We have received a letter asking us a number of questions about our pay policies. Our aim is to pay our colleagues fairly and equally for the job that they do, irrespective of their gender.”

If successful, the case Leigh Day is bringing against Tesco could result in Tesco staff receiving as much as £4bn in back pay – which would make it the largest equal pay challenge in UK history.