Mothercare UK to enter administration with 2,500 jobs at risk 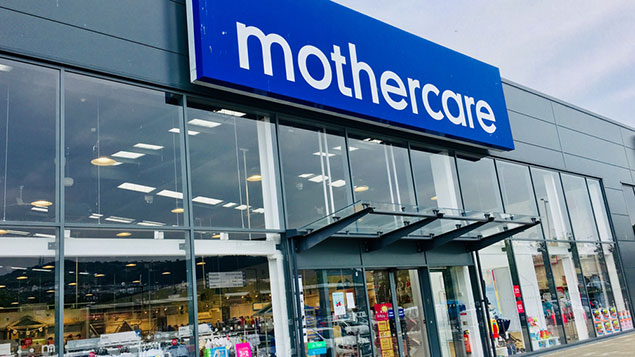 Mothercare has announced plans to put its UK operations into administration, putting about 2,500 jobs at risk with the closure of scores of stores.

The baby and maternity goods retailer said it would file a notice of intent to appoint administrators for the business later today (4 November 2019).

The news comes after Mothercare UK recorded a £36.3m loss in the financial year to March, the latest in a string of retailers to suffer amid the high street slowdown and the changing habits of consumers.

According to the global Mothercare group, which said it had undertaken a review of the business, the UK operation was “not capable of returning to a level of structural profitability”. It stated that globally it remained profitable despite the failings of the UK operation.

Globally the chain operates about 1,000 stores. Until last year it had about 140 in the UK but this was culled to 79 after a voluntary arrangement in 2018 saw it close 60 stores.

In July, the company said it was planning to spin off its UK retail business due to decreased sales. It reported that its UK store sales had fallen by 23.2%, while online sales in the UK were down by 12.1%. The company recorded a worldwide sales drop of 9.4% but reported profit of £38.3m internationally in the financial year to the end of March, while the UK retail operation lost £36.3m.

Earlier this year Mothercare sold off the Early Learning Centre brand, which it had bought in 2007, to rival toy chain The Entertainer. Mothercare chief executive Mark Newton-Jones said at the time the business did not have the £3-5m required to develop new ELC toys each year. “It is a brilliant brand and we simply don’t have the resources to nurture it,” he said.

The KPMG/Ipsos Retail Think Tank recently declared that retail health in the third quarter of 2019 has surpassed the historic low previously recorded in the final quarter of 2012, when the UK’s economy faced a double-dip recession.

Its latest retail health index figures sees the third quarter of 2019 score a record low of 75, with further decline predicted for the final quarter.

Jonathan De Mello, head of retail consultancy at strategic retail property consultancy Harper Dennis Hobbs told Personnel Today: ­“Mothercare have too many stores and quite a few in the wrong places. The better profitability is from modern stores that are out of town where costs per square foot are lower and customers can find what they want easier. High street stores can be cluttered and hard to navigate around.”

Customers were increasingly researching their purchases and making them online, he said, and the stores, though they had the potential to provide advice to customers, were now sometimes understaffed (because of cuts) so shoppers’ experience had deteriorated. “They can sell the product but they don’t engage with you in the way John Lewis staff, for example, do,” said De Mello.

He added: “It’s hard to get out of the high street without company voluntary arrangements (CVAs) in negotiation with landlords. Administration, as with Mothercare, is more drastic. I think they’ll continue but in the retail parks and bigger centres – not small high street stores.”

Julian Pallett, head of restructuring and corporate recovery at Gowling WLG, added: “The insolvency regime in the UK provides a robust and flexible framework, through CVAs and other procedures, to enable businesses like Mothercare to reshape their liabilities and retail footprint, but often this isn’t enough.

“Reducing the rent roll and business rates can help a lot, and may also help landlords avoid having empty properties in key locations. In order to survive however, retail businesses may need to go further and look for a radical re-positioning of their business structures and offerings, if they are to survive in the longer term in the face of structural shifts in buying habits and competitor offerings. It’s in the interest of all stakeholders, including employees, suppliers, landlords and customers that such efforts are successful. The high street needs all the help it can get.”

Frank Ofonagoro, director at business advisory firm Quantuma, outlined the next steps for the retailer. “Upon entry into administration, the priority will be to communicate with all employees to confirm whether there will be imminent redundancies and associated store closures. At the same time, the administrators will also work with management to establish whether there is an option based on available funding, to trade the profitable outlets while a potential purchaser for these outlets is found.”