Movers and shakers: HR appointments at Accenture and more

By Adam McCulloch on 6 Jan 2020 in Movers and shakers, Career paths, Careers in HR, Latest News, The HR profession 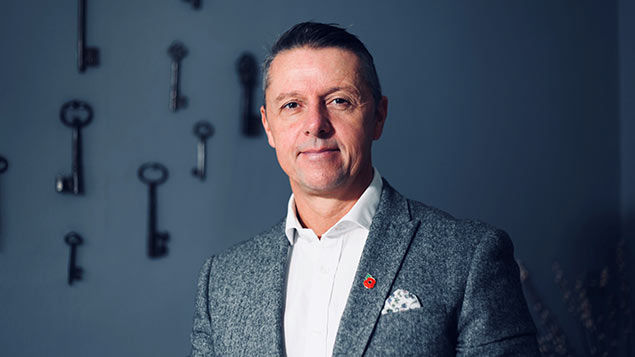 Ivor Falvey has been appointed director and global head of media and entertainment at global talent research firm Wilbury Stratton.

Personnel Today’s update of recent appointments in the human resources world includes a change at the head of Glassdoor, a move for the longstanding president of PeopleScout and a new head of HR in Australia and New Zealand for Accenture. More movers and shakers

Glassdoor has announced that Christian Sutherland-Wong is its new chief executive officer. He was previously president and chief operating officer of the global job and recruitment site. Former CEO and co-founder Robert Hohman will remain with the business as chairman. Sutherland-Wong’s previous employers include LinkedIn and Bain & Company. In addition to his role at Glassdoor he sits on the board of Toolworks, which helps people with barriers to employment successfully enter the job market.

Look within for talent Down Under

Accenture has appointed Sarah Kruger head of human resources in New Zealand and Australia. She previously spent five years as talent organisation lead for the firm’s financial services practice in the same countries, during which time she led banks and insurance firms through major HR and change management programmes. Kruger has spent two decades at Accenture and says she is determined to help foster a workplace in which people can thrive with a focus on inclusion. She holds a bachelor’s degree in business and accounting from Charles Sturt University, New South Wales, and lives in Canberra.

Rapidly growing Yorkshire software provider RotaCloud has enlisted Denise Jennings as head of HR. Jennings is also managing director of Athena HR, which offers outsourced HR solutions to businesses of all sizes. RotaCloud is among the UK’s leading cloud-based rota software developers with clients including the NHS and Tesla. Prior to working with Athena HR, Jennings was a people services manager at Asda, an area HR business partner at Woolworths and senior HR adviser at Aviva. She has a business enterprise degree from Wolverhampton University and a BTEC higher national diploma in business and finance from Loughborough College.

Global engineering workforce solutions provider Fircroft has appointed Nicola Ferraby as head of HR operations. A CIPD fellow, Ferraby will work with the firm’s HR team to help Fircroft become an employer of choice. Prior to her new role, Ferraby was at Marks and Spencer as head of HR operations and head of service and change. She was also director of people services at delivery firm Yodel and head of HR for Makro Self Service Wholesalers, part of the Booker Group. She has a degree in behavioural sciences from Leicester University and CIPD qualifications from St Helens College.

Nationwide law firm Banner Jones Solicitors has appointed a performance and wellbeing coach. Working closely with the firm’s HR department, experienced counsellor and psychotherapist Katie Newton is the latest in a string of senior personnel to join the growing company where she will provide tailored one-to-one sessions to staff across its offices in Yorkshire, Derbyshire and Nottinghamshire.

Software as a service provider Concentra Analytics, which specialises in workforce analysis, recently announced two strategic hires to help further its global ambitions. Joining the company are Abdul Hummaida (pictured), who will become chief technology officer, and Martin Moran, a former executive from Salesforce, who will join as a non-executive director. Hummaida, who has software engineering BSc and a PhD in cloud management from Manchester University, has worked at IBM, Upside Energy, AppSense and Deko.

Global talent research firm Wilbury Stratton has chosen Ivor Falvey as director and global head of media and entertainment practice based in London. Falvey was previously Dentsu Aegis Network global talent planning director, where he had worked since November 2015. Prior to this, he was global head of media search at the Lighthouse Company. Wilbury Stratton provides advice to a third of FTSE 100 companies.