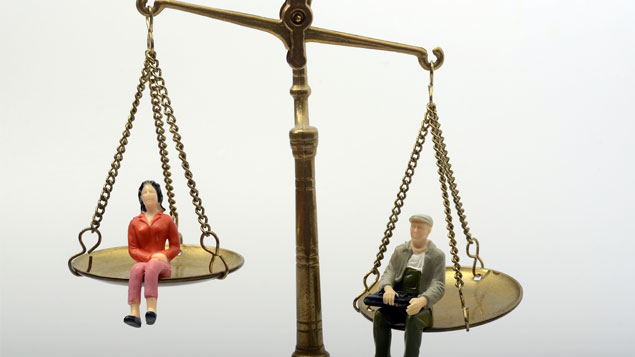 Leading UK-headquartered law firm Allen & Overy (A&O) has come under fire from MPs for failing to include £1.5m of payouts to senior partners in its gender pay gap report. It is the only one of the five “magic circle” of leading law firms to have so far failed to provide pay gap calculations including partners.

A&O had initially − with other magic circle firms − failed to comply with a request from the Business, Energy and Industrial Strategy (BEIS) committee to re-calculate its gender gap including the remuneration of its 441 full partners at the top of the company hierarchy.

“The exclusion of the highest paid people in organisations makes a nonsense of efforts to understand the scale of, and reasons behind, the gender pay gap,” the MPs said.

They added: “It is disappointing that some of our leading providers of professional services initially sought to avoid revealing the true extent of the gender imbalance at the top of their companies and more disappointing that one − Allen & Overy − continues to delay publication.”

A&O said it intended to publish the figures including partners next month in its report for the financial year ending April 2018.

Tim Baxter, A&O global head of communications, said: “The MPs on the committee have a job to do. But we feel a standard approach towards the question of partners’ income is needed. There’s no point publishing figures if there’s no established common basis of comparison.

“We’re all focused on the need to improve female representation at senior levels, but we were last in reporting so the attention on us is just the product of timing.”

He said: “The legislation asks for bonuses and pay data, but partners do not get either of those.”

Baxter implied that the firm had been unsure on the best way of providing the information. “We would welcome guidelines which include partner remuneration.”

He said the firm was committing to providing figures in September and that they had no reason to think that the results would differ greatly from other leading law firms.

A former A&O employee defended the firm, telling the Daily Telegraph that it felt like an “extremely fair” place to work and had promoted a woman to the role of global litigation head earlier this year, making her one of the most senior partners in the firm.

Clifford Chance was the first of the magic circle firms to provide figures including partner income, in March 2018. This revealed a mean pay gap of 66.3%. Its calculations included profit share on a full-time-equivalent salary basis.

It said at the time: “We think the most honest and informative way to show the figures is to look at total annual FTE pay for UK-based partners and employees (including FTE bonus) rather than looking only at a single month snapshot (which would not include significant amounts of our partner pay).” Michael Bates, UK regional managing partner, added: “For us, it is about doing the right thing.”

Clifford Chance’s mean pay gap for employees without including partners was 20.3%. Women accounted for 21% of its partners.

Of the other magic circle firms, Linklaters, in March, reported a mean pay gap including partners of 60.3%; Slaughter & May, which also attracted criticism from MPs for initially presenting incomplete data, reported a gap of 61.8% in June and Freshfields, also after pressure from BEIS, reported 60.4%, again in June.

The big four audit firms published the full figures before the reporting deadline, with Deloitte posting figures revealing women at the firm earn 43% less than men on average. The inclusion of partners meant the company’s mean average pay gap was 43.2%, dramatically up from the 18.2% figure it had reported in July 2017. EY’s mean pay gap including partners was 38.1%, KPMG’s 42% and PwC 43.8%.

The MPs noted that  in the case of the law firms, “different methods of calculation inhibit accurate comparison”.

However, they were certain that “these figures reveal very publicly just how male-dominated the upper echelons of all our most prestigious legal firms currently are.”

About 50% of associates and junior associates at major law firms are female. At partner level, however, this drops to between 20% and 24%.

According to the Daily Telegraph there were only two women in A&O’s 20-strong round of partner promotions this year. Last year the most highly rewarded partner received £3.5m.

The BEIS committee, led by Rachel Reeves, said law firms paid “lip service to their commitment to improving the representation of women” and that progress remained “painfully slow”.

The MPs said: “It is clear for legal firms, including those claiming that gender diversity had been a strategic priority for many years, it will take many years at the present rate of progress before they begin to look anything like gender balanced at the senior, rather than more junior levels.”