How much could the ECJ judgment on holiday pay cost your organisation? 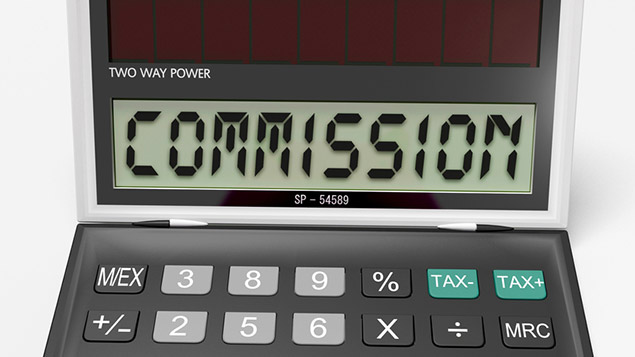 The European Court of Justice (ECJ) handed down a landmark judgment last week when it decided that holiday pay must correspond to normal pay, including any commission or other variable pay that it might ordinarily comprise. Dave Palmer, employment solicitor at CMS Cameron McKenna, explains.

The importance of the judgment in the long-awaited case Lock v British Gas Trading cannot be understated. Employers across all sectors – but particularly those in energy, finance and retail – may have to review their holiday pay practices, assess contingent liability and, if necessary, change how they remunerate staff.

Mr Lock received a basic salary from British Gas. He was entitled to earn sizeable commission, which could represent around 60% of his total remuneration. When Mr Lock took annual leave, his holiday pay was based on his basic salary only.

Arguably, any variable pay – provided it is intrinsically linked to a worker’s contract – should be included in holiday pay.”

Because Mr Lock was paid in arrears, when on leave, he actually received a total amount comparable to that earned when he was at work. However, his pay was reduced in subsequent months as he had not earned commission during the time he was on leave. Mr Lock lodged an employment tribunal claim for outstanding holiday pay. The tribunal referred the matter to the European Court.

The ECJ found that Mr Lock’s holiday pay should include an amount to reflect the commission he was unable to earn while on annual leave. The court stated that workers may be deterred from exercising their important social right to take annual leave if they suffer a financial disadvantage for doing so. Therefore, holiday pay must correspond with the normal pay received by the worker.

The principle applied by the European Court is likely to apply to any variable pay including overtime, allowances and bonuses. Arguably, any variable pay, provided it is intrinsically linked to a worker’s contract, should be included in holiday pay.

How should an employer compute a week’s pay in relation to an employee’s holiday pay entitlement?

What should employers do now regarding holiday pay?

There are immediate steps that employers should take. First, check if workers receive holiday pay calculated with reference to their normal pay. If they do not, employers should assess contingent liability. Bespoke legal advice is recommended, as this is a relatively complex exercise.

However, as a rough guide, the worst case scenario is that all workers could claim for the variable pay they have “lost” by being on annual leave, stretching back as far as 1998 (or possibly 1993 for public-sector employers). The UK tribunals/courts have still to determine whether or not there might be a shorter statutory limit on how far back claims could stretch, and the position in Scotland could differ from that in England and Wales.

The only good news for employers is that workers can probably only make claims in relation to the EU minimum of 20 days’ holiday pay per year, rather than the UK’s 28 days.

By using some rough arithmetic, employers will quickly see how costly the implications of this ruling could be if claims are brought in relation to historic holiday pay practices.

The cost for some employers for historic pay practices could be huge, for instance: the common pay practice in retail whereby commission for a department’s sales is not paid in respect of time spent on leave; where sales bonuses for financial services products are not paid for time when a worker is on holiday (and therefore not making any sales); when offshore workers receive daily allowances/bonuses; or night-work allowances for shelf-stackers.

Financial implications aside, employers should review their contracts and policies without delay to decide whether or not to correct any pay practices that could be unlawful.

If employers make good the holiday pay situation now, they could potentially break the chain of unlawful deductions, thereby crystallising the liability and starting the time limit for workers to bring tribunal/court claims.

It is still not clear, without further judicial guidance or new legislation, what the reference period should be when deciding whether or not normal pay corresponds to holiday pay. A best guess would be that employers might be safe if they look at the past 12 weeks’ normal earnings and pay holiday pay on that basis. There is some support in other legislative provisions that this might be a safe way to proceed.

Employers, large or small, should not bury their heads in the sand. Workers, trade unions and solicitors are aware of this issue. Those that earn their living litigating on behalf of workers will most likely be advising on what action their clients should take. There is a significant chance of mass litigation, reminiscent of the public-sector equal pay disputes.

David Palmer is an associate at Allen & Overy.
View all posts by David Palmer →
Previous Article
Next Article

5 Responses to How much could the ECJ judgment on holiday pay cost your organisation?