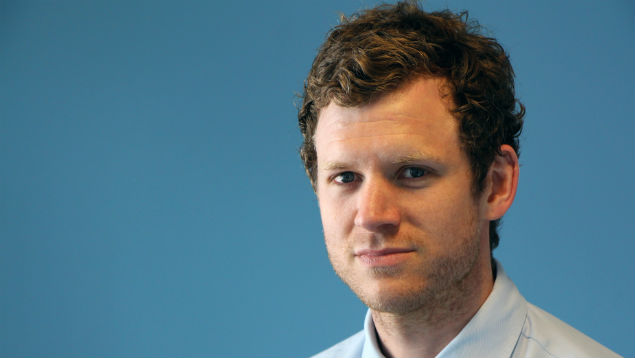 Andrew Sutherland at Acas is using National Dyslexia Week to call for flexibility in job roles, rather than a rigid approach

To coincide with National Dyslexia Week, Acas has published research on policies and practices which can help staff with neurological conditions to flourish at work. Acas head of research Andrew Sutherland calls on employers to change attitudes to dyslexia in the workplace and celebrate neurodiversity.

Sometimes we need new language to articulate ancient truths. Case in point: neurodiversity. The term itself only entered the lexicon as recently as the mid-1990s but it describes a reality that is time immemorial. Put simply, it’s about the diversity of human brains; recognition of that fact that we are differently “wired” and don’t necessarily think alike.

Proof positive are those with dyslexia, autism, attention deficit hyperactivity disorder (ADHD) or dyspraxia. These are minority “neurotypes” with a range of characteristics that share some common features in terms of how people learn and process information.

Many of us will have friends and family with these and other neurological conditions.  Even more of us will have colleagues who fit the description – because notwithstanding the fact that this group is over-represented among long-term unemployed people, the numbers at work still stack up.  To take one topical example – this being National Dyslexia Week – 10% of the population is thought to be dyslexic, with the TUC estimating that up to 2.9 million workers have dyslexia.

The reality of all this neurological diversity is nothing new: there’s a great quote by the renowned autism spokesperson Temple Grandin that “some guy with high-functioning Asperger’s developed the first stone spear; it wasn’t developed by the social ones yakking around the campfire”.

It’s an affirmative statement but it also serves to underline how times have changed – because, to oversimplify, that guy with Asperger’s now needs to convince those in organisations who promote team working that he’s the right fit for their workplace. It’s a reminder of the simple fact that a person’s competence doesn’t exist in a social vacuum – rather, it’s defined by the values of the culture to which we belong.

And one might think this doubly true of the workplace, which reflects and even amplifies our wider culture, with its emphasis on certain standardised forms of behaviour. Two examples spring to mind:

Tensions such as these are the heart of new research by NIESR for Acas, which approaches the subject of neurodiversity specifically within the context of workplace relations. Through case studies of organisations who are good practice employers, coupled with expert testimony from practitioners in the field, the research seeks to identify policies and practices which can help staff with neurological conditions to flourish within diverse workforces.  The study is small in scale but its findings really underline the significance of neurodiversity for workplace relations – in two main ways.

What employers should do to encourage neurodiversity

First, it’s about recognising and untapping this group’s latent potential. Positive attributes commonly associated with “neurodivergent” staff highlighted by the research include: creativity; lateral thinking, bringing a “different perspective”; development of highly specialised skills; and consistency in tasks once mastered.  Key to being able to harness these positive traits is:

The second area of significance for workplace relations has to do with mitigating performance management issues. The Acas research is clear that problems with under-performance are most likely to arise where managers are not aware of somebody’s neurological condition.

Disclosure can therefore be very helpful in minimising the risk of avoidable performance management issues arising. Job roles can often then be adjusted to reduce the need for the individual to carry out tasks that are more difficult for them or they can be provided with adaptations to help them perform particular tasks (the research contains a number of good examples).  But disclosure needs to be handled carefully and is unlikely to be a panacea in unsupportive workplaces where awareness of neurological conditions is low.

There is perhaps a tendency for those with an inclusive approach to neurodiversity to drift towards presenting an idealised view of the world, and to disregard the fact that many of the characteristics of a person’s neurological condition will have a bearing on their management of working life. The answer must be around creating a working environment which is sufficiently flexible that all employees can benefit.

From an employer perspective, this is not necessarily a question of social conscience but of being attuned to the possible benefits (and even the competitive advantages) that may be possible from having employees who think differently.

Things may be set to change by default if we consider how the digital revolution has the potential to reshape utterly our familiar notions of work, production and value – and with it, our definitions of human competence.