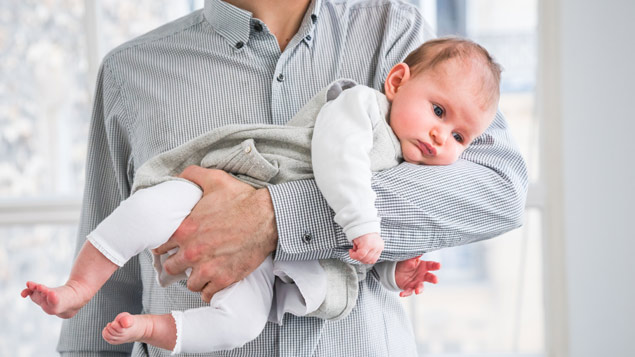 In Snell v Network Rail, a father has been awarded almost £30,000 in a sex discrimination case after his employer refused to pay him the same as his wife while on shared parental leave.

Mr Snell and his wife, who both worked for the rail company, opted to share their leave when she gave birth to their baby in January this year. His application indicated that his wife would take 27 weeks’ leave and he would take 12 weeks after that.

Which employees are entitled to shared parental pay?

But while Mrs Snell would receive full pay for her six months’ leave, Mr Snell was told he was only entitled to statutory parental pay of £139.58 for this period.

Mr Snell raised a grievance with his employer, in which he stated: “Payments to mothers on shared parental leave will be at significantly different rates to fathers.

“As a result of this I believe I am being discriminated against because of my sex.”

His grievance was rejected, with Network Rail claiming it had met its legal obligations by only paying statutory parental pay. An appeal, which did not take place until after the birth of the baby, was also rejected.

When his grievance was dismissed, Mr Snell lodged an indirect sex discrimination claim with an employment tribunal. His claim was successful and he was awarded £28,321.

The tribunal heard that Network Rail has since introduced a new family friendly policy, in which both mothers and their partners are paid statutory – rather than enhanced – shared parental pay.

Judge Frances Eccles said at the tribunal: “By the time of the hearing it was no longer in dispute that Mr Snell was indirectly discriminated against by Network Rail in relation to his sex by the application of their family friendly policy which put the claimant at a particular disadvantage as a man, when compared with women during periods of shared parental leave.”

Mothers were entitled up to:

Partners were entitled up to:

A Network Rail spokesman told Personnel Today: “We are currently reviewing the judgment and can’t discuss it in detail at this time.”

When shared parental leave was introduced in April 2015, employment law experts predicted that sex discrimination claims could arise if employers chose to offer different rates of parental pay for men and women.

Stephen Simpson, principal employment law editor at XpertHR said: “Although this first-instance decision is not binding, it is the first case on shared parental leave. Employers should review their policy in case they are following the same approach as this employer.

“The issue of whether or not it is discriminatory for employers to enhance maternity pay but not shared parental pay remains untested in the courts and tribunals.”

According to XpertHR research in May 2016, around a quarter (24.7%) of employers surveyed enhanced, or planned to enhance, shared parental pay – usually to match their arrangements for enhanced maternity pay.

However, more than half (54.1%) of respondents with a policy to enhance maternity pay, said they did not enhance shared parental pay.