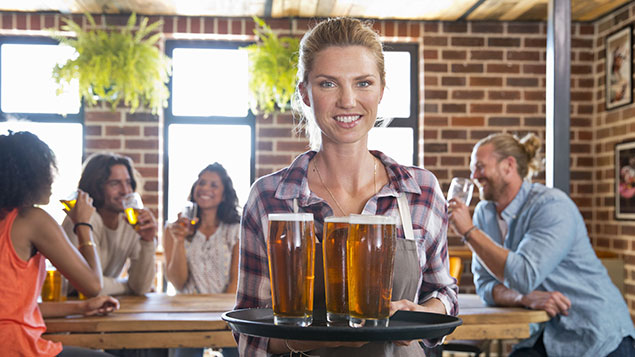 As the national minimum wage celebrates its 20th anniversary, the TUC has claimed that young workers could be missing out on £200 million a year in pay.

Its analysis shows that the average worker between the age of 21 and 24 is earning £800 less a year than those aged 25 and over, who are entitled to the slightly higher national living wage rate.

The TUC calculated the shortfall based on the Low Pay Commissions recent estimate that 15% of people in the 21 to 24 age group are paid less than the applicable rate for older workers.

If they were brought up to the same rate as their slightly older peers, an estimated 337,000 workers would get a pay rise.

The union wants the anniversary to be marked by bringing all over 21s onto the full national minimum wage rate and is pushing for this to be raised to £10 an hour as soon as possible.

She said: “Unions played a key role in winning the minimum wage at a time when many were warning that it would bankrupt the country. But as we mark its 20th anniversary today, we can see there’s still more to be done.

“Young workers are still getting a raw deal on pay. Their bills aren’t any cheaper, but they have to make ends meet with less. That’s just not fair. And with in-work poverty rising, we need to make the minimum wage fit for the future by raising it to £10 as soon as possible.”

The TUC itself first called for a statutory minimum wage to be introduced in 1986, after a two-year inquiry into the impact of low pay. The National Minimum Age act was passed in 1998 and the legislation came into force on 1 April 1999.

In the recent Spring statement, chancellor Philip Hammond announced there would be a review of how minimum wage rates are calculated, to take place later this year.