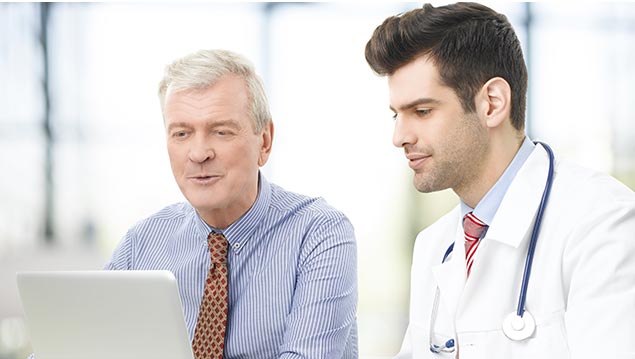 A national centre for research on working-age health and wellbeing was launched last year, with the aim of gathering evidence on what will keep people in work. How will it persuade employers, employees and the Government of the need to tackle the health issues raised by a changing age demographic? Nic Paton reports.

We have come a long way since Dame Carol Black’s seminal 2008 report Working for a healthier tomorrow. A lot of what Dame Carol recommended in that report, and her subsequent 2011 review of sickness absence with David Frost, has come to pass, not least the Government’s new Fit for Work service.

But one recommendation in her original report, the establishment of a national centre for research on working age health and wellbeing, did not materialise, despite being accepted in principle by Gordon Brown’s then-Government.

It came close, points out professor Stephen Bevan, director of the Centre for Workforce Effectiveness at think-tank The Work Foundation. “It was tendered for but was then withdrawn in 2010, when the coalition came in.”

In an effort to finally fill this gap, the foundation, in association with Lancaster University (where it is based) and funding from Bupa and NAPP Pharmaceutical Holdings, took matters into its own hands in October 2014 and launched its own new Health at Work Policy Unit to undertake research and promote debate around health and wellbeing.

As Bevan puts it: “There is a sense that there has been quite a lot of progress over the last decade and we now need to push on into the next decade where there is going to be a need for a focus on demographics – especially our ageing population – and lifestyles.

“We are trying to look at the policy landscape but also developing interesting messages for employers. Policymakers need to take the employer voice and the patient/employee voice into account,” he adds.

The unit, the foundation has explained, will have three main functions:

In some respects it is a curious moment to be launching a new unit such as this, given the demise last summer of the Royal College of Physicians’ Health and Work Development Unit (HWDU).

But, in another way, it is also possibly opportune, with the ending of the HWDU feasibly creating a gap in the market for this sort of evidence-based “blue sky thinking” and the launch of the Fit for Work service putting a national spotlight on health and work, not to mention the foundation’s own track record in this area. The ongoing focus on creating a more robust evidence base for occupational health (OH) interventions through initiatives such as the National School of Occupational Health and, longer term, plans for a faculty of OH nursing are also likely to create, if nothing else, a favourable environment for the new unit.

Bevan is confident that the unit will have an important role, particularly given the current focus at government level on the connections between health, work and wellbeing, and benefits spending. “We have three years’ worth of funding and our aim is to put forward some provocative papers on engaging working people and making a difference,” he says.

The unit’s first report, published in October 2014 to coincide with its launch, looked at the case for business incentives around health and work interventions. A second report, on helping employers deal with the fluctuating nature of chronic conditions, was published in late January 2015.

A third report, looking at the role of clinical commissioning groups and health and wellbeing boards and the evolution of public health since being taken over by local authorities in 2012, is expected to follow in March 2015. A fourth report, on the health and wellbeing challenges associated with our ageing workforce, is pencilled in for publication later in the year, whether this is before or after the general election has yet to be decided, according to Bevan.

Bevan is at pains to stress that, despite its insurer and pharmaceutical financial backing, the unit will be fully independent. “We are interested in looking at what levers can be pulled to make a difference. We have editorial independence. It would undermine our credibility if our output was not independent,” he says.

The unit has also received influential backing from Black herself. At its launch she described it as “filling a really important gap”. She said: “We have known for a long time that the health and wellbeing of the working-age population is a complex problem. We are living longer, we are getting more chronic diseases; but we need to be at work longer and we need to understand that very important relationship between our health, both physical and mental, our wellbeing, and our ability to be in work.

“And there’s not been a policy unit that’s addressed that interface. And so this is really the beginning of a movement which I think will probably take about 10 years, because we need to develop it slowly; it will be collecting the evidence; it will be looking internationally as well as nationally; it will be looking to make innovative suggestions to influence policy, to really work across the government departments,” she added.

On the issue of incentives, Bevan predicts that the debate on this is likely to intensify, as will discussion around how money can be better spent on illness prevention and keeping people in work, rather than simply absence management and return to work.

“But the Treasury needs to be convinced any tax incentive will generate a net increase in employer activity, not just subsidise those already doing it,” he points out.

The key challenge will also be around how to structure incentives so as to support interventions designed to reach, and support, those in relatively low-paid, low-skilled jobs rather than just employees at the higher end of the scale, he adds.

As for the role or input of OH nurses within the new unit, Bevan says he is keen for all healthcare practitioners, as well as policymakers and other interested groups, to engage with the unit.

The fact that a lot of OH nurses have specialist knowledge around functional capacity and workplace adjustment means that their support within a workplace can be pivotal, yet too often it goes unrecognised. “We are really interested in things like how early intervention can make a difference and how OH services, whether embedded or sub-contracted, can play a more proactive role. OH is often paid to be essentially reactive but that often means its knowledge and expertise is left untapped,” he points out, adding: “We need to be nurturing that knowledge more.”

How will the workplace health and wellbeing unit be funded?

The Health at Work Policy Unit’s first report The Way Forward: Policy options for improving workforce health in the UK investigated how to encourage employers to become more “active investors” in workforce health.

The key barriers to such an investment, it argued, were: the difficulty of making a business case; gaining employee interest, engagement and participation; getting the same response from senior management; organisational culture; and a lack of resources. To these could be added, at the implementation and evaluation stage, a lack of communication and a lack of good baseline data.

Consequently, the unit argued, “there is a need to further develop initiatives that can encourage or incentivise more employers to improve the health and wellbeing of their employees”.

The report concluded by outlining a number of recommendations for how it felt implementation barriers could be broken down. These included:

As report co-author Zofia Bajorek says: “There should be feasibility studies, some small-scale pilots in certain areas to see if these sorts of incentives do have an impact. Or you could even use the NHS as a case study and see what the results are. It is not rocket science, just common sense.”