How Tax-free Childcare works and its impact on employers

By James Malia on 9 May 2017 in Childcare, Benefits, Family-friendly benefits, Salary Sacrifice 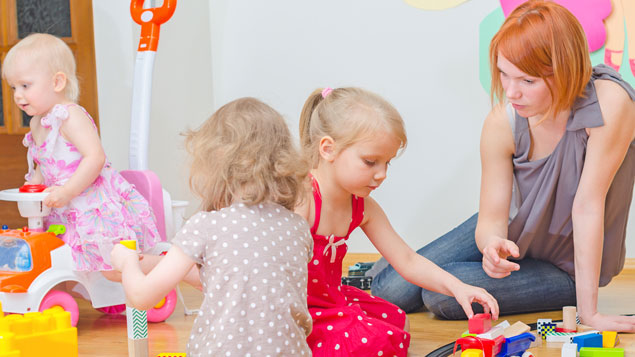 Tax-free Childcare is the latest initiative from Government to support working parents, but it could see some worse off than in the childcare voucher scheme it is designed to replace. James Malia from Sodexo Benefits and Rewards Services looks at where the new scheme fits in and how HR can support parents to get the best deal.

The Government rolled out its new Tax-free Childcare scheme in late April in an effort to show greater support for working parents.

As part of the launch, the Government announced that children up to the age of four, rather than the expected age of two, will initially be eligible to participate. As a result, the scheme is now open to more families than originally expected.

Tax-free Childcare has been a long time coming, and additional help with childcare is welcome news for working parents.

However, HR departments across the country will need to familiarise themselves with the details of the new regime – and compare the government’s scheme with the childcare vouchers that are currently on offer – in order to ensure that their employees are getting the best deal possible.

Since 2005, employers have provided parents with childcare vouchers as part of a salary-sacrifice scheme.

These vouchers currently help around 780,000 working parents save up to £933 of tax and national insurance on their childcare costs per year.

From April 2018, new entrants to the childcare vouchers scheme will not be permitted. Parents already in the scheme will, however, be able to remain in the scheme for as long as they require.

However, because more than one parent can sign up to the scheme, savings can actually be as high as £1,866 per family per year.

What is the Tax-free Childcare scheme?

What is the role of employers in the Tax-free Childcare scheme?

Will employers still be able to operate a childcare voucher scheme following the introduction of Tax-free Childcare?

Based on a Sodexo survey, vouchers cover an average of 54% of a family’s childcare costs for children up to the age of 15, and the Government’s new Tax-free Childcare scheme aims to replace this system.

Tax-free Childcare is designed to save parents up to £2,000 per year per child for children up to the age of 12, but in reality the average saving has been estimated at just £800. The new scheme must also be managed by parents themselves, as opposed to employers.

Alongside any potential savings, employers will need to look at the eligibility requirements for both schemes very carefully.

For example, only one parent needs to be working to sign up for childcare vouchers, whereas both parents must work to claim Tax-free Childcare.

Self-employed parents are not currently allowed to sign up for vouchers, but could be eligible for Tax-free Childcare.

It is also important to note that parents receiving tax credits are not permitted to claim Tax-free Childcare.

By comparison, parents receiving tax credits can claim vouchers, although the amount of tax credits will be reduced accordingly.

Lastly, whilst vouchers are available for children up to aged 15, Tax-free Childcare will only apply to those up to age 12, even after it is fully implemented.

How employers can help

First and foremost, employers need to show their support for working families, particularly as some employees will be worse off under the new scheme.

Building a company culture that clearly values each individual and respects their need for a family life is a vital first step towards achieving this goal.

To this end, employee benefits that can help to keep more money in parents’ pockets will always be welcome, but that is only one solution; policies that help new parents return to work can also be very useful.

Likewise, flexible working and an acceptance of employees’ care duties will prove to parents that the business understands the realities of family life.

Also, while some families will benefit from the roll-out of Tax-free Childcare, others risk being worse off, which means that employers need to be on top of these changes.

Each case needs to be taken on an individual basis, but research of over 10,000 parents from Sodexo’s childcare calculator shows that 55% of single parents – and 66% of working couples – would be better off using vouchers.

Just over half (57%) of families with more than one child would also be better off with childcare vouchers. This figure jumps even higher – to 73% – for families with just one child.

Overall, 78% of basic tax rate households are better off using childcare vouchers, but 74% of families with two children and two higher-rate taxpayers would be better off with Tax-free Childcare.

Regardless of which option is chosen, it is important to note that if employees leave the childcare voucher scheme in favour of Tax-free Childcare, they will be unable to re-join, even if their circumstances change in the future.

Equally, with the roll-out expected to include children up to 12 years old by the end of 2017, there may be a great deal of enquiries from more parents in the not too distant future.

For all these reasons, HR needs to familiarise itself with the details of both schemes and understand how they will impact different employees.

Armed with this knowledge, employers can not only educate their staff and offer guidance on the decisions ahead, but also show their commitment to enhancing their employees’ lives, both in and out of work.