NHS pay deal of 6.5-29% to be offered without holiday loss 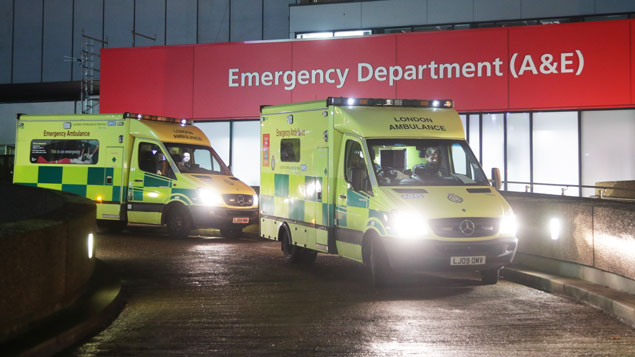 More than a million nurses and other NHS staff in England will be offered a three-year pay deal worth between 6.5% and 29% in an end to years of pay restraint.

Most of the 14 trade unions involved in negotiations have agreed the deal with NHS bosses, which does not include the controversial proposal for staff to surrender a day‘s holiday. The unions begin formal consultations with members today.

The pay settlement comes with changes to the NHS pay structure, which reduce the number of pay points in each band and remove the overlap that currently exists between pay bands. Starting salaries will increase and staff will be able to progress to the top of their band quicker, according to the Royal College of Nursing (RCN).

Lors Allford, chair of the RCN trade union committee, said: “This is the best pay deal in eight years from a Government that is still committed to austerity. Failure to accept it will put us back at square one, and at risk of returning to the 1% pay rises we’ve fought so hard to overturn.

“This is our chance to lock in a pay deal for three years, that not only guarantees our members will get more money, but simplifies the pay structure so that they get recognised for their increasing skill and experience quicker. It provides certainty at a time of great political and economic uncertainty and I urge our members to accept it.”

Hospital caterers, cleaners, porters and other staff on the lowest pay grade would get an immediate pay rise of over £2,000 this year, an increase of between 11 and 13%.

If the deal is accepted by union members every NHS worker in England will be paid at least £8.93 an hour, 18p above the current voluntary living wage of £8.75. This would take the lowest full-time rate of pay in the NHS to £17,460.

NHS Employers chief executive Danny Mortimer said: “This three-year agreement sets out the pay investment that will be made and the reforms that employers, NHS trade unions and the Department of Health and Social Care are agreeing to implement together.

“This deal will benefit more than a million health staff in England. To support long-term attraction and recruitment, starting salaries for all our non-medical staff groups will also see increases, which will help to make these roles more attractive for people considering a career in the largest employer in Europe.

“It will also ensure that existing staff receive deserved increases to pay, which will assist our work to value and retain these vital colleagues.”

It is expected the pay deal will be fully funded by the Treasury at a cost of £4.2bn. Previously, NHS trusts had been expected to foot the bill from existing budgets.

Unison head of health and lead pay negotiator for the NHS unions Sara Gorton said: “Seven years of pay freezes and wage increases well below the cost of living have meant significant financial hardship for health staff and their families.

“It’s also created headaches for employers as they struggled to attract new recruits and hold onto experienced staff.

“The agreement means an end at last to the Government’s self-defeating and unfair 1% pay cap. It won’t solve every problem in the NHS, but would go a long way towards making dedicated health staff feel more valued, lift flagging morale, and help turn the tide on employers’ staffing problems.

“If health workers accept the offer, everyone’s wages will go further, and the lowest paid would get a significant income boost. Starting salaries for nurses, midwives and other health professionals would also become more attractive to people considering a career in the NHS.”

Two of the 14 unions are, however, recommending their members reject the offer, including the GMB, which compares the 6.5% pay rise with the Office for Budget Responsibility’s inflation forecasts for the next three years. In the OBR’s economic outlook for March 2018, it predicts annual inflation this year of 3.4%, followed by 3% in 2019 and 2.9% in 2020; cumulatively this adds up to a 9.6% rise in the cost of living.

Kevin Brandstatter, GMB national officer, said: “Jeremy Hunt‘s promise of jam tomorrow is simply not good enough for NHS workers who, during the past eight years, have faced the biggest pay pinch in living memory.

“Long-serving, dedicated health service workers have had thousands of pounds swiped from their pay packets since 2010 by the Government’s cruel and unnecessary pay cap.

“After all that suffering, is a below-inflation pay rise the best they can offer? If it is, GMB will have to recommend that our members in NHS and Ambulance Trusts reject it.”

Pay increases for hospital doctors and senior management, which are negotiated separately, are not expected to be as generous as the deal to be announced today.

Yesterday, NHS England and the British Medical Association reached agreement on changes to the General Medical Services contract in England for 2018-19, to take effect next month.

NHS Employers said the agreement comprises an investment of £256 million, which is an overall contract increase of 3.4%. This includes a 1% uplift in pay for GPs and a 3% increase to expenses.

Paul Wallace, director of employment relations and reward for NHS Employers, said: “I am pleased that we have been able to achieve a negotiated agreement. The agreed changes will provide stability and continuity, with improved services for patients and a better deal for GPs.”

BMA GP committee chair Richard Vautrey said the increases to GP pay were long-overdue and that the agreed contract changes are the first step towards rectifying “a decade of pay cuts”.

7 Responses to NHS pay deal of 6.5-29% to be offered without holiday loss