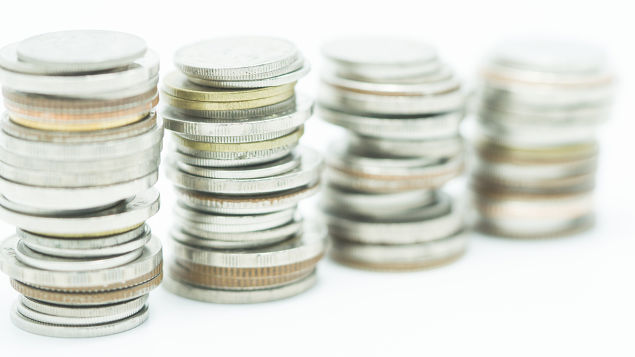 Wage growth in the UK is at its highest in almost 10 years, according to the Office for National Statistics.

Pay excluding bonuses rose by 3.1% in the three months to August compared with the same period a year ago. This increase was just above inflation, which for this period was 2.5%.

David Freeman, ONS head of labour market, said: “People’s regular monthly wage packets grew at their strongest rate in almost a decade, but, allowing for inflation, the growth was much more subdued.

“The number of people in work remained at a near-record high, while the unemployment rate was at its lowest since the mid-1970s.”
Wages including bonuses rose at a pace of 2.7% in the three months to August.

However, the strong increase in pay growth may be down in part to a 3% pay rise given to NHS workers in July, and the loosening of the public-sector pay cap, which held pay awards at 1% for several years.

The British Chambers of Commerce (BCC) pointed out that the pace of pay growth was unlikely to continue.

Suren Thiru, head of economics at the BCC, said: “While wage growth increased again, the pace at which pay growth is exceeding price growth remains well below the historic average, meaning the current squeeze on spending power is unlikely to ease.

“Achieving a meaningful improvement in wage growth will be an uphill struggle unless the underlying issues that continue to limit pay settlements are tackled – notably sluggish productivity, considerable underemployment and high upfront costs for businesses.”

Pay growth is also still under the 4% average recorded before the 2008 financial crisis.

The Resolution Foundation added that “real-terms pay still remains £12 below its pre-crisis peak. Earnings recovery has a long way to go”.

Gerwyn Davies, senior labour market analyst for the CIPD, said: “An increase in the number of people in full-time work, and a fall in the number of self-employed and part-time work, also suggests that employers are feeling more confident about hiring staff. This looks set to continue with the level of job vacancies reaching a new record level.

“However, the shrinking number of candidates will feed into increasing recruitment and retention challenges for many employers, particularly for employers in sectors that have relied on non-UK labour to fill roles. This may partly explain why employment growth has slowed sharply in the last quarter.”