By Michael Carty on 3 May 2017 in People analytics 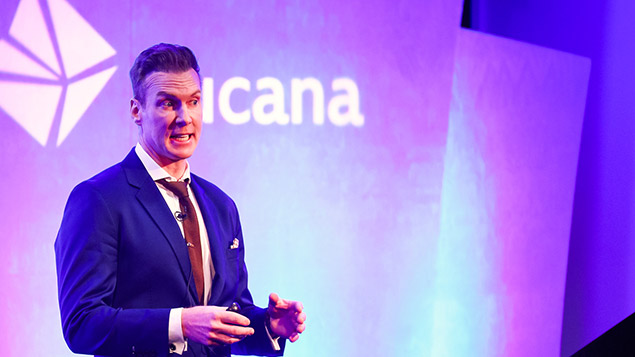 People analytics is “50% cold, hard statistics and 50% common sense.” This is according to Ross Sparkman, global head of workforce planning at Facebook, speaking at the Tucana conference. A number of other speakers touched on this theme, arguing that effective people analytics activities must be informed by both data and intuition.

Webinar: Getting started with HR metrics and analytics

Getting started with HR metrics and analytics: benchmarking data

“The fundamental problem the HR function faces is a lack of relevance, not a lack of data,” says Dr Alec Levenson of the Center for Effective Organizations at the University of Southern California.

The purpose of HR is to serve the business, he argues. The HR strategy should therefore flow from the business strategy. When embarking on people analytics activities, HR should focus on the questions that matter to the business and on how the available data can help answer these questions.

“The bottom line is, we’re not focusing enough on the questions that matter, and we’re focusing too much on the data we have around them,” adds Levenson.

Common sense is the missing ingredient in people analytics, believes Peter Howes, vice president of workforce planning and analytics at SAP SuccessFactors. HR’s use of data and analytics too often lacks “intellectual rigour,” he says.

The biggest challenge for using people analytics in workforce planning is not gathering data, but building the qualitative skills required to analyse, interpret and communicate the data.  He argues that HR is frequently guilty of “just publishing data” in a way that is “devoid of storytelling capability.”

This means that HR often shifts the burden of understanding the data onto the audience: “We publish the data, and we hope that people interpret what it means correctly.”

People analytics activities can run aground when HR professionals attempt to communicate their findings and recommendations to other parts of the business.

“HR doesn’t know how to talk about HR data,” says Nicole Norris, head of business operations and HR at Stepstone Pharma. “By failing to talk about the financial outcomes, they’re failing to sell the business case.”

However, clear and compelling data combined with an understanding of the basics of how to tell stories with data can go a long way, says data storytelling expert Cole Nussbaumer.

HR can achieve a lot by stripping out unnecessary data from its reports and decluttering how they are presented. “We add a ton of cognitive clutter for no additional benefit,” she says. “Identify anything that’s going to feel like work for the audience, and take that work for ourselves, so that it feels easy for the audience”.

HR does not necessarily have to invest in expensive tools to produce high-quality reports. Effective people analytics data reporting is possible with tools as basic as Excel and PowerPoint, in Nussbaumer’s view: “Any tool can be used well or not so well.”

Ensuring that resourcing decisions are equally informed by data and intuition is critical to strategic workforce planning at Facebook – which is in turn critical to the social media giant’s ongoing success.

Facebook is going through a sustained period of high growth, with the organisation doubling in size every one to two years out of the past five. This has forced workforce planning to the top of the HR agenda.

At Facebook, “the idea of succession planning didn’t exist three years ago,” says Sparkman. It is now a strategic priority, he continues, “even if Mark Zuckerberg plans on being there forever”.

Facebook’s data-driven approach to workforce planning seeks to answer one simple question: “Who’s driving the value?” Sparkman’s team interrogates and cross-references data on people, productivity and performance to identify “which roles would cause the business to stop making money if they stopped showing up.”

They use their findings to inform Facebook’s recruitment and retention strategies by establishing current demand levels for critical roles and projecting how these might change over the coming years.

However, Sparkman cautions that “no forecast is perfect; they’re only useful.” The speed of growth and change at Facebook means that strategic workforce planning has to be revisited “monthly, quarterly,” he says. “It’s dynamic. It’s done at the speed at which the market changes.”

The HR team must also liaise constantly with finance and other departments to ensure that what it is measuring is always of greatest relevance to the business. Human intuition and the ability to analyse and interpret data is consequently as important as the data itself.

Looking ahead, Sparkman says the biggest risk for Facebook, Google and other digital giants is the increasingly limited supply of software engineers. He says that there is currently a 6% global shortfall of software engineers, predicted to rise to around 20% by 2020. Salary and stock packages for these roles are consequently skyrocketing. “Until machine learning and artificial intelligence take over, software engineers will be the new sports stars,” says Sparkman.

Sparkman envisions a radical solution for Facebook’s software engineer skills shortages: “We’ll have to develop our own talent pipeline.” He says that within the next three-to-five years, the organisation could launch “Facebook universities” – spread across three locations in the US, Europe and Asia – to ensure a flow of candidates with the critical skills.