Performance bonuses: who truly deserves them? 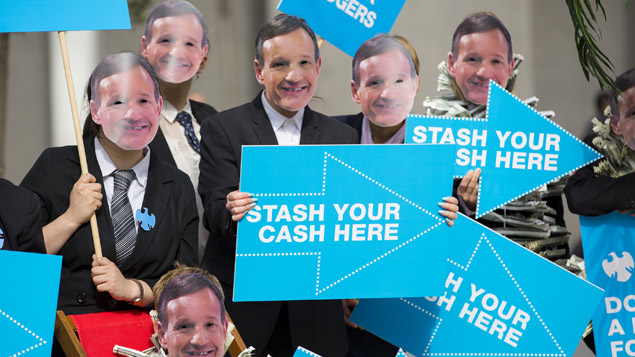 As Barclays CEO Antony Jenkins takes his first annual bonus since joining the bank in August 2012, despite a legacy of problems, is this a fair reflection of good performance? Reward expert Justine Woolf considers the the true role of performance-related bonuses in this current turbulent climate.

Barclays made the headlines again recently with CEO Antony Jenkins taking his bonus of £1.1 million, despite the fact that the bank is preparing to pay fines and penalties for rigging foreign exchange markets.

Surely this makes a mockery of the idea of bonus in its true sense – that is, a payment made to reflect good performance? How can you say that a person leading an organisation that is under scrutiny for poor practices and is currently anticipating a wave of fines should still get rewarded and recognised?

The theory should be that if you haven’t performed or achieved what was agreed, you shouldn’t receive a performance bonus. But is it always that black and white?

The biggest challenge is knowing why you are awarding a performance bonus. From a headline-grabbing perspective at least, it feels wrong that a boss gets recognised through a bumper payout when profits are down owing to impending fines.

In the case of Jenkins, I suspect that while Barclays continues to feel the repercussions of past misdemeanours, the remuneration committee most likely felt it justifiable to pay him a performance bonus this year to recognise the work he is has done so far steering the bank through stormy waters, and to incentivise him to stay and continue to turn the bank around.

So why bother having a bonus at all? The answer is, partly, because they are so ingrained. It is a brave employer that takes away an element of the package that is almost regarded as a right or status symbol.

Bonuses also give organisations flexibility – they should be discretionary, not an automatic right, so employers have the opportunity to pay or not pay based on their performance criteria. They do not add to the bottom line, they are generally not pensionable, they do not inflate salaries as one-off payments.

Top of their league

One way to explain the difference between base pay and performance bonus is to use a football analogy. Footballers get paid a salary based on their “class” – the skill, reputation and competence they bring to their role. They then get paid a bonus for their “form” (ie if they score or win a trophy). A true bonus or variable pay should be a non-guaranteed payment that is paid when you achieve whatever goal it is that you set out to achieve.

But should a bonus or variable pay still be paid if you have not performed? It really depends on what success looks like and how “performance” is defined. Many organisations base their bonus schemes on hard metrics and, if profit or revenue figures have not been achieved, they do not pay out.

However, even if the company as a whole may not have achieved its targets for whatever reasons, it does not mean that everyone inside the company has not achieved their own performance targets. Is it right that they are not recognised if they have achieved or over-achieved against their personal set goals?

Imagine you are the boss of a company. It has not performed as well as hoped this year and will make little profit. Do you simply say there will be no bonus because you cannot afford it, or recognise that while it is not affordable to pay out bonuses at the target level, you still want to recognise your staff in some way for their efforts?

Most organisations, even if they cannot afford to fund their full bonus pots, feel obliged to acknowledge performance in some way and often will fund a small pot to recognise those regarded as high performers or key talent.

Whether or not it seems fair or appropriate to pay any performance-related pay when an organisation has not seemingly achieved its goals is not always obvious and will depend on a variety of circumstances.

It is not always clear just what success is, or how “good performance” is measured. But with new rules in place from the Bank of England allowing employers to “claw back” performance bonuses where executives have been reckless, this latest banker’s bonus can always be returned.

Justine Woolf is a client director at Innecto Reward Consulting.
View all posts by Justine Woolf →
Previous Article
Next Article