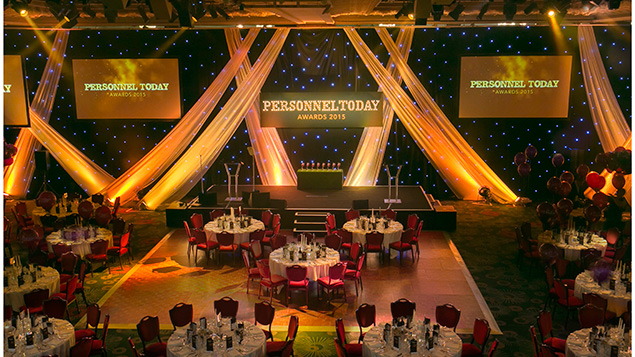 Who will scoop the prize at this year's ceremony?

The deadline for the Personnel Today Awards 2016, the biggest and brightest HR awards event in the UK, has been extended to Friday 17 June 2016.

However, due to high levels of demand, the entry system will stay open over with weekend and officially close on Monday 20 June at 10.00am.

If you and your HR colleagues have led an innovative project, driven down costs, been courageous in implementing change or achieved great results in the past 18 months, then you could be a winner of one of our coveted awards, which will be presented at a glittering ceremony at London’s Grosvenor House Hotel on Park Lane on 22 November 2016.

“It’s great that we’ve had so much interest in this year’s event” said Rob Moss, editor of Personnel Today.

“There’s been a terrific response from the HR profession so we feel it’s right to allow organisations a little more time to craft their entries and give themselves the best chance of winning,” he added.

The award for best supplier partnership, which recognises the important contribution of suppliers to the profession, returns for a third year and continues to be extremely popular.

Only suppliers nominated by entrants to the other categories in the Personnel Today Awards can enter.

But Moss recommends that suppliers get to work now in securing a nomination. “The suppliers to the profession can only enter the HR Supplier Partnership Award if they are nominated by an employer in another category, so they need to work with their clients to make sure they enter.”

Suppliers can also enter the employer categories on behalf of their clients, with permission. Full details of all the awards criteria are on the categories page.

Each category is independently judged by respected industry figures. Judging begins after the entry deadline and category shortlists are announced in July. Nominated suppliers will be invited to enter the HR Supplier Partnership category after the main entry deadline on 10 June 2016.