Any business transformation programme has its challenges, but when one of the world’s biggest tobacco manufacturers wanted stop making the product that made it what it is today and focus on technology instead, Philip Morris International needed to ensure its staff were on board. Charles Bendotti, senior vice president of people and culture, tells Ashleigh Webber about its journey.

When tobacco giant Philip Morris International (PMI) announced in 2016 that it was refocusing its business to deliver “smoke-free” products, behind the scenes it was undergoing a huge cultural transformation to align its workforce with the new mission, which had been in the pipeline for a number of years.

The company, which owns Marlboro cigarettes, has sold tobacco products for more than 150 years and many of its 77,000 employees worldwide have been with the organisation for a significant chunk of their working lives, in an industry that has had to change very little in decades.

But changing attitudes towards smoking and increasing demand for alternatives such as e-cigarettes and vapour devices meant there was an opportunity to set a new course for the company and help its customers lead healthier, smoke-free lives.

As Charles Bendotti, senior vice president, people and culture at PMI, explains: “There aren’t many organisations that have the potential to improve the lives of 1 billion people.

“What I mean by that is that today there are 1.1 billion smokers across the world and we know that by 2025 there will be 1 billion smokers [according to the World Health Organization]. The tactic is to provide them with an alternative to enable them to improve their life.

“Our position is very simple: if you don’t smoke, don’t start, if you do, quit. But if you can’t, and we know it’s extra difficult for people to stop smoking unfortunately, then we propose that they switch to a smoke-free product.”

He says that PMI’s mission is to eventually stop selling cigarettes when demand for smoke-free products exceeds that of its traditional products – thus seeing it become more of a tech company than a tobacco manufacturer. Over the past decade it has invested $6bn (£4.7bn) in product development, resulting in the launch of four smoke-free devices. The company claims its heated tobacco system IQOS is being used by roughly 7.3 million people globally, and this week PMI announced plans to open four IQOS stores across the UK in addition to the four already in London.

Embarking on its “smoke-free” mission does not come without its challenges. Aside from getting its employees to support the new direction, developing new products meant staff with different skills were needed – from engineers to scientists. But the company’s involvement in a controversial industry means it is not always the most attractive option for job seekers.

“Yes, it’s difficult to attract,” Bendotti admits. “We are still perceived by many as a tobacco manufacturer. We’re still not among the Googles or the Apples of the world, who receive thousands of résumés every year.

“But the investments we make are creating positive movement around PMI. People are very mission-driven and when you come out with such a mission it really helps to attract talent.”

Around 90% of the new roles created by the change in direction have been filled by external candidates, due to the scientific expertise needed. It now has more than 400 R&D scientists, engineers and technicians working on smoke-free products at its research facilities in Switzerland and Singapore.

“In order to deliver the new vision, we needed to have people from the pharma industry,” he says. “And to design products, which now look more like the iPhone than a cigarette, we needed a lot of engineers. Opening our stores has meant that we now need retail staff.”

He admits that many existing staff were worried about the changes – particularly that their skills would no longer have a place in the organisation.

We are still perceived by many as a tobacco manufacturer. We’re still not among the Googles or the Apples of the world, who receive thousands of résumés every year,” – Charles Bendotti, senior vice president, people and culture.

“It’s been very stressful for many people because they have had to change what they know and what they’ve been doing for 20 years, for some.”

“This has been a massive change for the organisation, as when you build from within – as we’ve been doing in the past – you become a family.

“But after a few years in this exercise people understand why we need to do it, and they also know that they can really learn from those new hires. We’ve been doing things the same way for so long that people coming in from different industries and different companies, with different ways of working, have become an inspiration for the rest of the organisation.”

Communication has been a big part of getting staff on board with the new mission. Before becoming VP of people and culture, Bendotti worked in sales and marketing roles across various business units at PMI, which he said helped inform how to communicate the changes to staff.

He says it tackled its internal communication in the same way it would market a new product to consumers: it created different personas for different roles and considered how much information they needed to have, and this influenced how its messages were addressed.

Although the communications needed to have the same message in each of the countries the company operates in – it has 46 production facilities worldwide – the times at which the messages needed to be conveyed varied. IQOS is available in 47 of the 180 countries it operates in currently, with more to follow.

“The messages are exactly the same because there is exactly the same mission in each country, but the contribution from each of the departments and functions might be different – so that’s where we try to customise the messaging.”

Bendotti believes that HR’s role will increasingly involve customisation, personalisation and individualisation, and this has formed part of the approach it has taken around staff development.

Firstly, staff undergo an online assessment to evaluate their key skills. This is followed by one-to-one conversations with a career development coach to identify the employees’ key strengths. This information is then used to assess their performance against benchmarks for their roles, using data from people in similar roles in other organisations, and for the creation of a personal development plan which progress is monitored against on a quarterly basis.

“You can only go through a transformation with people on your side,” says Bendotti. “So we’ve been providing these very personalised assessment and development plans in order to help our workforce, who have been there a long time, shape the success for tomorrow.”

In diversifying its business model, PMI has also acknowledged the need for a diverse leadership team. By 2022 it hopes that 40% of its managers will be women – currently, they represent 35.5%.

Bendotti boldly claims that PMI wants to be one of the first global companies with no gender pay gap (although in the UK, the most recent round of reporting showed that some organisations have achieved this in the median gender pay gap measure, such as All Saints Retail and the Care Quality Commission).

To achieve this, PMI has worked with the Equal Salary Foundation – a Switzerland-based NGO – the University of Geneva and PwC, to certify that it is paying men and women in the same role equally. In March it received global equal salary certification from the Foundation – the first company in the world to receive the international endorsement.

“I’m proud of it. We’ve seen many organisations talking about diversity and inclusion, so we decided not to talk, but to act,” he says.

“If we can really be the first company in the world to certify that we are paying men and women equally, then let’s do that. But we won’t change the world by ourselves, so we want to encourage other organisations to do the same.” 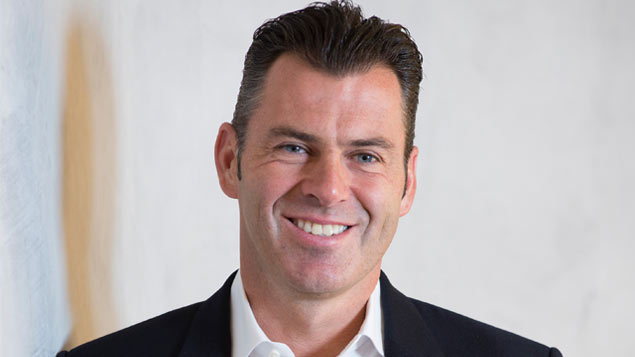 The company aims to recruit equal numbers of men and women at entry levels, by using “gender-neutral language” in its job advertisements. It also asks hiring managers to produce gender-balanced short lists and it uses diverse interview panels to reduce the risk of unconscious bias.

You can only go through a transformation with people on your side,” – Charles Bendotti, senior vice president, people and culture.

Flexible working arrangements and support programmes for parents are offered, as well as personalised development plans for female leaders.

Ten years into the transformation programme, Bendotti says that employees have embraced the changes the organisation wants to make. Engagement surveys consistently show that staff find its mission “aspirational”.

He says: “[A mission] is something we’ve never had in the past and it’s exciting, it’s motivating, and really gives a boost to why PMI exists.

“When you’ve been a tobacco manufacturer for so many years – which is a very practical business with very limited innovations – it can be a very predictable organisation. When you start changing the backbone of the organisation, it generates a certain level of excitement.

“There is no way back. This is not a PR exercise. This is really what we’re here to do.”

Nick Clegg: a mighty power among the Metamates

BrewDog: Is employee voice the answer to a...