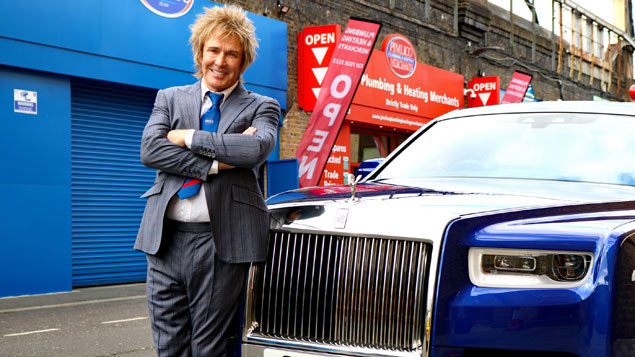 The name Pimlico Plumbers has become synonymous with the gig economy and workers’ rights over the past eight years. And with MP Frank Field criticising its lengthy legal battle in a recent report on the gig economy, founder and CEO Charlie Mullins suggests his perseverance was never about having a ‘David and Goliath tussle’ in court. Here, he highlights some of the points the government should consider in any gig economy reforms.

Pimlico Plumbers worker loses his claim for £74,000 in holiday pay

As the CEO of a company that has been strongly associated (and demonised) by the term ‘gig economy’, I took a lot of interest in this particular report. Not to mention the fact that it imprecisely mentions my company, Pimlico Plumbers.

Now, I’ve always believed in pursuing what is right, honest and true – so I follow a principle that anybody who is classed as a public figure, or have a high level of prominence in society, must by every means possible speak with accuracy. The public hold a lot of weight to the words spoken, and any slight inaccuracy can cause waves of damage.

So I’m looking to clear a few things up after Field decided to use Pimlico as a “shining example [of]…playing the legal system”.

Despite being paid more than £500,000 over three years by my company, Mr Smith attempted to sue us for the right to holiday pay, regardless of signing a self-employed contract.

After eight years of expensive and lengthy legal battles, my company won the case in an employment tribunal in March against a plumber who, quite honestly, knew his status from the beginning and earned half a million pounds over three years of contracting at Pimlico.

This is where things get complicated. Field’s Legalising the Gig Economy report says: “What we have picked up from our evidence is a general unwillingness among companies to respect an employment tribunal’s initial ruling and implement the necessary structural changes. They choose instead to appeal repeatedly against the ruling, and often over several years, to the highest possible level.”

Quoting a gig economy courier, the report then goes on to point the finger at Pimlico: “… as they have the shining example of Pimlico Plumbers before them, and know that they can keep the ball in play for years, quite legally, by playing the legal system”.

I use the term ‘battle’ to describe these eight years of legal proceedings, because as I mentioned earlier, I believe in pursing what is right, honest and true. So for me, the past eight years have been a battle to seek truth and clarity for businesses with self-employed contractors on honest wages.

I agree with Field: yes, there needs to be changes made to the law – but vilifying good companies, and risking damaging reputation and livelihoods to expedite proceedings, is not the way to do it.

This particular case took eight years for the truth to see the light. My perseverance wasn’t ever about having a David and Goliath tussle at the court, but about standing up for what I knew to be the truth, based on UK law.

I agree with Field: yes, there needs to be changes made to the law – but vilifying good companies, and risking damaging reputation and livelihoods to expedite proceedings, is not the way to do it.”

So, what I’m saying is, the law should crack down very hard on companies that are paying low wages and not providing employment benefits, but it should also allow businesses that financially compensate workers for their rights to do so without prosecution.

I would also go as far as saying highly skilled contractors like my engineers at Pimlico should have a class carved out of their own. If we look at the Matthew Taylor review, Taylor himself understood the differences between different classes of gig economy contractors, and came up with the term ‘dependent contractor’ to describe low skilled workers who are at greater risk from exploitation in the labour market.

Skilled trades people, unlike cab drivers and couriers for example, are not dependent at all. Even if they are contracting solely to one company, they can easily take their skills elsewhere should they feel they are not getting a fair deal.

The government (and the law) need to understand there is a legitimate class of self-employed contractor, who may work predominantly for one employer and may even wear a uniform and carry an ID badge, but they are more of a contractor than a worker. As such, companies that are paying these contractors in exactly the same way as those who may work for 10 different companies, should not have to provide all the benefits owed to employed staff.