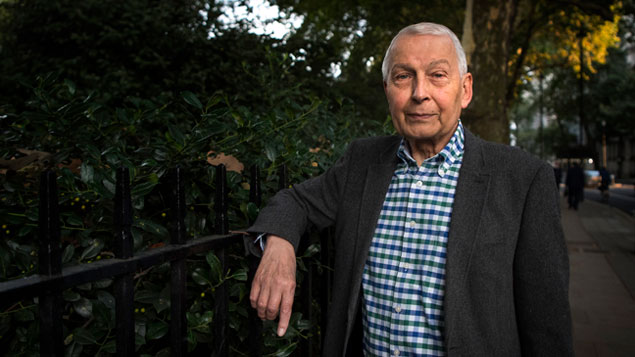 Gig economy cases challenging employment status should be “fast-tracked” through the judicial system to ensure that exploitation of workers is tackled quickly and effectively, MP Frank Field has recommended.

Field, who is chair of the work and pensions committee and led an inquiry into employment law evasion in the gig economy last year, suggested a modern and streamlined judicial system was needed to resolve cases within weeks rather than several years.

His Legalising the Gig Economy report published today (Monday, 25 March) argued that there should be stricter time limits for an organisation to appeal against rulings to avoid cases “meandering” along over months and years, creating uncertainty for gig economy workers and colleagues in similar situations.

The report said: “What we have picked up from our evidence is a general unwillingness among companies to respect an employment tribunal’s initial ruling and implement the necessary structural changes. They choose instead to appeal repeatedly against the ruling, and often over several years, to the highest possible level.

“It was suggested to us that as the larger companies tend to have more financial and legal resources at their disposal, they can afford to adopt these tactics.”

Tribunals’ recommendations should also be applied to similar individuals across an organisation’s workforce, not just the person who made the claim, he added.

One courier who had been through an employment tribunal told Field that the judicial system allowed gig economy companies to ignore the implications of court judgments against them “as they have the shining example of Pimlico Plumbers before them, and know that they can keep the ball in play for years, quite legally, by playing the legal system”.

He acknowledged that a number of organisations, such as Hermes and Uber, have taken timely action to offer basic rights and financial security in response to judgments made against them.

Field’s report also argued that clearer definitions of “worker” and “independent contractor” status were needed, suggesting that these looked beyond contractual status and focused on the “factual substance” of the relationship between an individual and a company, rather than the substitutional clause that many tribunals consider.

He advised legislators to presume “worker” status as a basis in employment law, leaving it up to organisations to argue why individuals should be classified as “independent contractors”.

“As an interim measure, we urge individual companies to bring their existing practices up to the standards which have been set by those that have decided to offer new and improved settlements to their entire workforce,” Field said in the report.

“Raising labour standards may result in initial adjustment costs for each company, but in our view they will ultimately lead to a more just and productive organisation of work, without impacting negatively on customer service.”