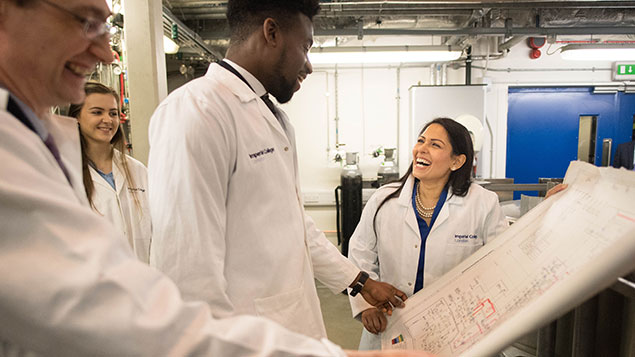 Low-skilled workers would not get a visa under the government’s proposed points-based immigration scheme, details of which have been published today.

Under the proposed scheme, overseas workers who want to come to the UK after free movement ends on 31 December would have to meet certain criteria – or an equivalent of 70 points – to be able to work in the UK.

A policy paper issued on the proposals today said: “For too long, distorted by European free movement rights, the immigration system has been failing to meet the needs of the British people. Failing to deliver benefits across the UK and failing the highly-skilled migrants from around the world who want to come to the UK and make a contribution to our economy and society.”

It revealed that points will be awarded for criteria including having an approved sponsor, a job offer or a job at an appropriate skill level, the person’s ability to speak English, the salary available to them and their qualifications. The system would apply to EU and non-EU citizens from 1 January 2021.

Basic requirements would be English language and the offer of a skilled job with an approved sponsor, for which someone would be awarded 50 points.

Anyone coming to work in the UK would need to have a job offer with a salary threshold of £25,600, except in certain areas where there are skills shortages, such as nursing, where a ‘floor’ of £20,480 would be acceptable.

This follows recommendations from the Migration Advisory Committee in January to lower the salary threshold to make it more affordable for employers to sponsor skilled workers.

Home secretary Priti Patel said the new system would bring “the brightest and the best” to the UK, reducing employers’ reliance on “cheap labour” from Europe.

She added that it would “make sure we have a high-skilled, highly trained and highly productive economy in the future”, encouraging businesses to invest in staff retention and training and to develop automation technology.

She said businesses would have to “adapt and adjust” to the end of free movement, and confirmed that the government would not offer a visa route for lower-skilled workers.

A pilot scheme for seasonal workers in agriculture will however be expanded, quadrupling in size to 10,000 places. The current youth mobility scheme that enables 20,000 young people to come into the UK each year will also remain in place.

Students must adhere to the points system, demonstrating that they have an offer from an approved educational institution, can speak English and can support themselves during their studies in the UK.

Patel argued that 20% of available people of working age were currently economically inactive and could be encouraged to look for work.

Responding to the proposals, business lobby group the CBI said they would leave some employers struggling to recruit enough people.

Director general Carolyn Fairbairn said: “Firms know that hiring from overseas and investing in the skills of their workforce and new technologies is not an ‘either-or’ choice – both are needed to drive the economy forward.”

Adam Marshall, director general of the British Chambers of Commerce, said the application process would have to be radically simplified if smaller businesses were to navigate the system. Meanwhile the Institute of Directors raised concerns that the country’s “economic dynamism” could be at risk.

Shadow home secretary Diane Abbott said there would have to be “a lot of exemptions” and that the policy would send a “toxic message” to those looking for work in the UK.

The government’s briefing document on the new policy also states:

There would be limited flexibility in terms of if, for example, someone did not meet the minimum salary threshold but had a job offer in a specific shortage occupation or a PhD relevant to that role.

“In effect, applicants will be able to ‘trade’ characteristics such as their specific job offer and qualifications against a salary lower than the minimum salary or the ‘going rate’ in their field,” the government said.

“Whilst the government has taken on board some of Migration Advisory Committee’s recommendations to lower the salary threshold and reduce qualification levels, as expected, there is no route for low skilled workers and the dilemma of how to fill the talent gap remains,” she said.

“Businesses have long been lobbying against closing the door to low skilled workers. However, sectors such as construction, hospitality, manufacturing and social care that rely heavily on low skilled workers that historically have been sourced from the EU, will now face major labour challenges.

“Organisations must now be acutely focused on planning what action they can take to face the shortage of low skilled labour from 2021, whether that is upskilling local talent and investing in staff retention or reshaping their recruitment focus altogether.”

A UK Homecare Association spokesperson called the plans “irresponsible” and said that cutting off the supply of prospective care workers – most of whom would not meet the points threshold – would “pave the way for more people waiting unnecessarily in hospital or going without care”.

The government said it would keep labour market data under close scrutiny and that it would monitor any pressures in key sectors.