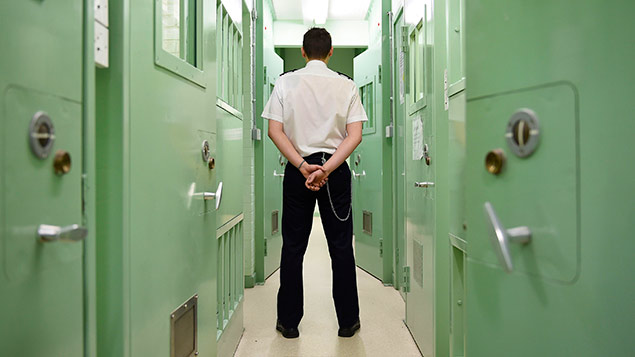 Nearly 2,700 prison staff in England and Wales were disciplined between 2013 and 2018 according to data released under the Freedom of Information Act to the Guardian.

More than a third of prison workers disciplined (36%) were done so in relation to security breaches, which included bringing mobile phones or drugs into prisons, according to the data from the Ministry of Justice.

The information comes as the MoJ launches a counter-corruption unit to tackle HM Prison Service’s problems relating to drug use, violence and poor mental health among inmates.

According to the Guardian’s report, other misconduct among staff included assault or unnecessary use of force against prisoners, for which 204 workers were disciplined, inappropriate relationships with prisoners (64), racial harassment (19) and trafficking (28). There was also action over abusive language, sexual harassment and being unfit for work due to alcohol or drug misuse.

The disciplinary action resulted from almost 6,600 investigations into misconduct between mid-2013 and mid-2018, including 2,270 into breaches of security, 718 into assault or unnecessary use of force against a prisoner and 174 into inappropriate relationships with prisoners.

The MoJ said: “The vast majority of prison officers and other staff carry out their duties to the high standards the public rightly expect, but the small minority who fall short of those standards are held to account.

“Allegations of inappropriate behaviour, though rare, are taken extremely seriously and are immediately investigated. We do not hesitate to take action where there is evidence of misconduct.”

A total of 567 officers were sacked in the same period, including 84 for breach of security, 68 for assault or unnecessary use of force and 39 for an inappropriate relationship with a prisoner.

A shortage of experienced prison officers has been blamed in part for the difficulties faced by the service. As of 31 December 2018, two in five prison officers (42%) in key operational roles in public-sector prisons had less than three years’ experience.

Last year, the MoJ advertised for a head of the anti-corruption unit, who is expected to lead a team of 26 staff.