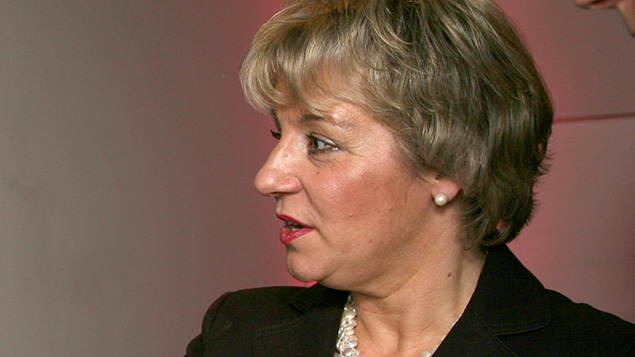 Government departments should be “model employers” when it comes to promoting social mobility, according to a report from the Social Mobility Commission, which urges them to sign up to the voluntary Living Wage.

The commission’s State of the Nation report argues that social inequality will fail to improve unless the government takes urgent action, claiming the situation has remained “virtually stagnant” since 2014.

Chair of the commission, Dame Martina Milburn, said she was concerned the situation could get worse. “Being born privileged means you are likely to remain privileged,” she said.

“But being born disadvantaged means you may have to overcome a series of barriers to ensure you and your children are not stuck in the same trap.”

By comparison, more than half of those (52%) from disadvantaged families leave school without basic qualifications and get stuck in low-paid work. Only 34% of people from working class backgrounds had professional roles in 2018, it found.

The report called for a significant increase in funding for 16 to 19-year-olds in education, including a student premium for those from disadvantaged backgrounds.

It also recommended that the government extends the current 30 hours of free childcare a week to cover households where one parent is working eight hours a week (currently one parent must work at least 16 hours).

One of the key barriers to a successful career was location, it revealed. Young people who moved region over a four-year period were 12 percentage points more likely to experience wage progression than those who stayed. Those who moved to London were most likely to boost their pay.

The commission also voiced concerns about the rise of insecure, “gig economy” roles and the impact of automation on the labour market. Automation in particular could worsen existing social divides, it said.

The report stated: “If London and the south-east continue to drive job growth, especially high-skilled, high paid job growth, then improving social mobility will rely on the ease through which people from disadvantaged backgrounds can find work in the capital.

“Yet the cost of housing, the cost of living and the cost of transport and the competition for work from large-scale emigration remain a huge barrier for people from moving to the south-east.

“Unless England can quickly build an adult skills system that enables retraining into medium-skilled work, these changes will inevitably see social mobility get worse as the more educated pull ahead and the low-skilled are left behind, living from vulnerable job to vulnerable job.”

However, adult education – rather than supporting workers to reskill – “appears to widen the gap”, the report found. Those who get training or education as adults are more likely to be affluent, yet 49% of the poorest adults have received no training since leaving school, compared to 20% of the richest adults.

The report, the first since the previous commissioners resigned en masse in 2017 because of government inaction, also called for employers to ensure that they only require the academic and technical qualifications “which are actually and demonstrably necessary to perform the advertised job”, potentially diversifying their candidate base.

Matthew Fell, chief UK policy director at the CBI, called for the government to invest more in further education: “Social mobility is fundamental to people feeling that the economy is working for them. Most companies understand their responsibilities and want to do even more to support the next generation of talented people from all backgrounds.

“Companies succeed when they embrace life-long learning and work with schools and colleges to give young people the best start in life. That’s why the Government must end the financial neglect of England’s further education system and carefully consider this recommendation as part of its spending review.”