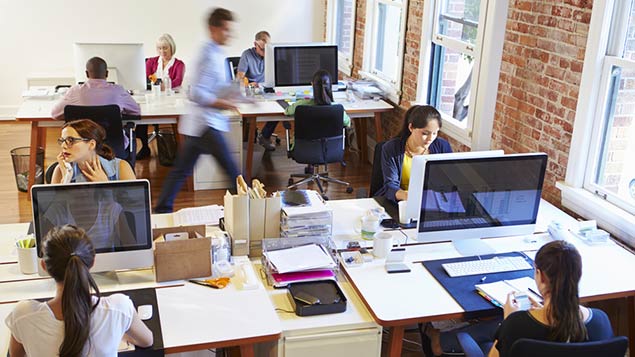 UK productivity in April to June fell at its fastest pace since 2014, when compared to the same quarter last year, as Brexit uncertainty stifles investment.

The ONS said: “This sustained period of declining labour productivity represents a continuation of the UK’s ‘productivity puzzle’, with productivity since the economic downturn in 2008 growing more slowly than during the long period prior to downturn.

“Despite occasional periods of growth, this sustained general pattern of stagnation contrasts with patterns following previous UK economic downturns, when productivity initially fell, but subsequently recovered in a relatively sustained fashion whilst returning to the previous trend rate of growth.”

Tej Parikh, chief economist at the Institute of Directors, said: “These figures hammer home the impact uncertainty is having on the business environment.

“Unsure of what’s around the corner, businesses’ investment in the new equipment and technology that drives up their performance has been stifled. Many companies are also trimming their investment pipelines for the year ahead to build up a cash cushion in anticipation of challenging economic conditions ahead.”

A spokesperson for the Treasury said: “We are tackling the UK’s productivity challenge head on by investing record amounts – prioritising areas known to boost productivity such as housing and transport.”

Parikh argued that policymakers were distracted from implementing skills and infrastructure improvements and that it would take time before recent government pledges on road and broadband networks would affect productivity rates.

There is an obvious culprit and that’s uncertainty. Government needs to reduce uncertainty, so businesses aren’t deterred from investing for the future” – Jon Boys, CIPD

“In the meantime, cost reliefs and investment incentives are a must in order to give UK productivity a jolt,” he said. “Business leaders would welcome an extraordinary Budget to support productivity increases, which will be crucial come no deal or otherwise.”

Jon Boys, labour market economist at the CIPD, said: “Businesses may have more immediate concerns than raising productivity, but it’s the only way to increase pay packets in the long term.

“There is an obvious culprit and that’s uncertainty. Government needs to reduce uncertainty, so businesses aren’t deterred from investing for the future.”

He added: “We mustn’t be fooled by recent strong earnings growth figures, which have been driven by a tight labour market and not an increase in employers’ ability to pay.”