Back to basics: Employment law foundations critical for all businesses 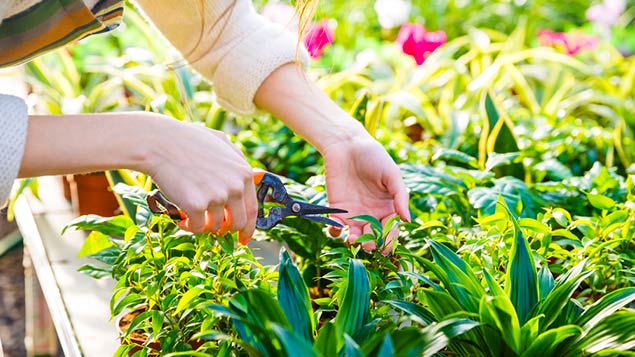 Brenda Charnock examines the case of a woman unfairly dismissed for being pregnant and asks why some employers fail to lay even the most basic employment law foundations.

The recent case of Laura Gruzdaite, the woman awarded £28,000 after an industrial tribunal found that she had been unfairly dismissed for being pregnant, raises a number of key issues for employers – most notably the importance of having effective employment law foundations in place.

Formation of the employment contract

Once you delve a little deeper into the case, and in particular the defendant’s arguments, you could be forgiven for thinking that had there been stringent employment contracts in place, the outcome may have been different.

McGrane Nurseries in Northern Ireland argued that Gruzdaite’s contract was in fact terminated as the position she was employed for was a seasonal job and that the season was now over.

Her employer continued by stating that her pregnancy at the time of termination was merely coincidence. Gruzdaite disputed this, stating that she had never been told that the job was seasonal and said that she had been given a blank contract to sign with no start or end dates.

Had the company made clear the working arrangements in the employment contract from the outset they may have been more successful in their defence of her claim.

Maybe, had the contract explicitly stated that the work was seasonal and that it was only a temporary contract for a few months, the outcome may have been very different. The case would most probably not have needed litigation at all.

It is surprising that we still come across cases such as this; one that could have been entirely avoided. Following the abolition of claimant fees, employment tribunal cases have soared by more than 25% to 35,430 between 2018 and 2019. The tribunals are overwhelmed and to make matters worse, claims issued are taking several months to be processed simply because the service does not have the resources to cope.

This means that employers may wait more than a year before the full tribunal hearing, leading to wasted time and increasing legal fees which all affect a business’ bottom line.

How can this be avoided?  Quite simply, by having the right employment law foundations in place from day one.

An employment contract is a legally binding agreement between employer and employee. Employers are obliged to provide employees, whose employment is to continue for more than one month, with a written statement of certain terms of their employment including information such as the date the employment starts, pay, hours of work, place of work, job title and/or a brief description of the work.

Without an appropriate contract, an employee will be confused as to what is expected of them making life more difficult for the employer in the long run.

It is advisable therefore for employers to satisfy their legal obligations and to get the employment relationship off to a good start. Having written contracts which clearly set out the necessary details for the employment relationship bolsters the chances of a mutually beneficial relationship between the two. While verbal contracts can be enforced, it is difficult to evidence these if a dispute occurs. It is wise to get everything in writing from the get-go.

It is also worth noting that there are a number of “implied terms” that exist in an employment relationship without the need to be written down. Implied terms can include a duty to obey lawful and reasonable orders from your employer or a duty to exercise reasonable care and skill. It could be worth adding these to a staff policy or an employee handbook, though not entirely necessary.

Without an appropriate contract, an employee will be confused as to what is expected of them making life more difficult for the employer in the long run”

By ensuring that any employment contract, policy or handbook is clear, legally compliant and easily accessible, an employer is mitigating against any future dispute that could arise. Ideally employers should make this a priority at the start of any business venture. This would have the added advantage of setting the tone and culture of the business from the outset. It is never too late however, to look at implementing these documents and it is crucial to review and update them on a regular basis. Employment law moves quickly, even if the tribunals don’t, meaning changes to the law can be easily missed.

Had McGrane Nurseries had the right employment foundations in place, the outcome of this case may well have been different. A learning point for all employers – ensure your contracts and policies are clear, legally compliant, and easily accessible, so that they can support a defence from a disgruntled employee further down the line. A dispute can be costly to your bottom line, as the saying goes: better to be safe than sorry.