Public-sector strikes cause disruption for parents 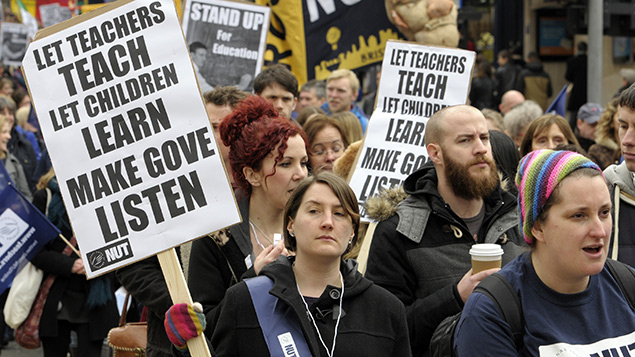 Parents and their employers face disruption today as teachers join other public-sector workers in a strike over pay, pensions and cuts to services.

The National Union of Teachers (NUT) has coordinated industrial action with the Fire Brigades Union, the Public and Commercial Services Union, Unison, Unite and the GMB.

According to XpertHR guidance, employees who need to take time off to care for dependants who cannot attend school can ask to take time out of their normal holiday entitlement.

Employees are entitled to a reasonable amount of unpaid time off for dependants to deal with “emergency” situations such as school closures, but must properly notify their employer of the anticipated absence or they could lose this entitlement.

As a last resort, employees who are refused time off may resort to unauthorised absence, in which case employers should consider all the circumstances before taking formal action.

Christine Blower, general secretary of the NUT, said that teachers deeply regret having to take strike action. “We are aware that this causes problems and disruption for parents and carers,” she explained. “However, despite months in talks with Government officials, the real issues of our dispute over pay, pensions and conditions of service have not been addressed.”

In a manifesto pledge for the next general election, Prime Minister David Cameron yesterday committed to legislate over industrial action being called without the support of the majority of union members.