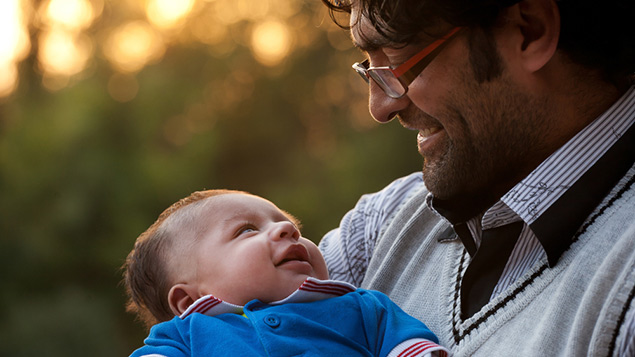 HR professionals support the new right to shared parental leave due to come into force in 2015, but have concerns about how it will work in practice, according to new research. Sarah Welfare reports.

The XpertHR survey on maternity and paternity pay and leave, which covered 356 employers with almost one million staff, found that almost three-quarters (72%) of employers are in favour of the package with around a quarter (28%) opposing it.

The main reason for supporting the new package was that it recognised the fact that childcare was a shared responsibility.

“Because men and women have children, not just women, this should be recognised”, one employer said.

Others highlighted the potential for shared parental leave to lessen the negative impact of having children on women’s careers. Another employer stated simply: “It’s fair.”

Even those employers who support the rights are worried about the practical reality, however. Many are concerned that it will be difficult to arrange cover for unpredictable or short blocks of leave.

“It will be so difficult to manage – if one employee goes off in a block of six or 12 months that will be easier”, said one. Some employers thought that hardly anyone will take up their entitlement, but one manufacturer with a male-dominated workforce was concerned that if many do, production levels may be hit.

The complexity of the regime, uncertainty of how it will work and the administration required were the most common concerns, with one firm describing the proposals as “an administrative nightmare”.

The scheme, which will enable the mother to transfer all but the first two weeks of her maximum 52 weeks’ leave to the father, will be available to parents of babies due on or after 5 April 2015, when additional paternity leave will be scrapped.

In May, Personnel Today revealed that employers may be faced with claims from men seeking to receive enhanced pay during their leave where a female colleague benefits from an enhanced maternity pay package.

Asked whether or not they thought that shared leave would have an impact on the maternity pay package they offered, a majority did not, but almost one in four (23%) thought that this may be the case.

Whether or not employers provide enhanced maternity pay varies according to size and sector. More than half (55%) offer maternity pay in excess of statutory requirements, rising to 69% for larger organisations, and 96% for the public sector.

While 52% of employers go beyond statutory payments for the two weeks of ordinary paternity leave, the vast majority (89%) do not do this for a period of additional paternity leave, which can currently be taken for up to 26 weeks if the mother has returned to work.

One of the big considerations for employers will be the extent to which working parents will use the new entitlement.

The survey found that three-quarters (75%) of employers have not seen a single employee take up their entitlement to additional paternity leave, despite the fact that this has been on the statute book for more than three years.

It shows that over the 12 months to April, employers saw an average of 25 members of staff go on maternity leave, 19 use their one or two weeks’ of ordinary paternity leave but only one employee use their right to additional paternity leave.

Given the similarity between a lengthy period of additional paternity leave and the use of shared parental leave, this would suggest a potentially low-level take-up of the new rights. If organisations choose to offer enhanced shared parental pay, however, this could encourage more couples to share their leave.

Work-life balance charity Working Families welcomed the findings: “We’re really encouraged by these findings showing employers’ support for shared parental leave, which we believe are a very positive step forward for parents in the workplace”, said a spokesperson. “What we would like to see is a boost to the statutory payments, which would make it financially viable for both mothers and fathers to take leave and also help employers to support them with an enhanced package.”

John Allan, national chairman of the Federation of Small Businesses, welcomed the fact that the Government had taken significant steps to simplify the scheme as a result of consultation on the proposals: “The decision to give each parent a maximum of three opportunities to request leave, as opposed to an unlimited number, will make the system far more manageable for small businesses, while still maintaining flexibility for parents.”