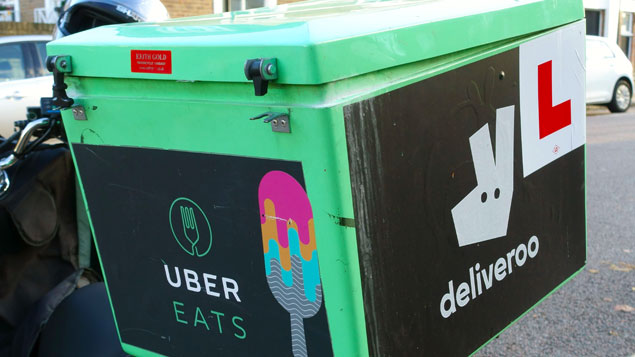 The Government has vowed to enforce workers’ rights from their first day in a job, in response to the recommendations made in the Taylor Review of Modern Working Practices.

The Good Work plan will also guarantee the right for all workers – not just agency staff or those on zero-hours contracts – to request a more stable employment contract.

It plans to define “working time” for flexible workers who find jobs online or through apps, so they know when they should get paid, while agency workers will be given a breakdown of who has paid them and any charges deducted from their wages.

Business secretary Greg Clark said: “The Taylor review said that the current approach to employment is successful but that we should build on that success, in preparing for future opportunities.

“We want to embrace new ways of working, and to do so we will be one of the first countries to prepare our employment rules to reflect the new challenges.

“We will take forward Matthew Taylor’s recommendations and commit to pursuing the quality of work as well as number of jobs.”

On important issues, including pay for variable hours workers, employment status and representation of workers I welcome the direction indicated today, but there is more work to be done to encourage the Government to be bold in living up to its commitment to good work for all” – Matthew Taylor

Flexible working is also on the agenda, and the Government plans to implement a task force with businesses to raise awareness of the right to request flexible working that was introduced in 2014, alongside a campaign to encourage take-up of shared parental leave.

The Government will today publish four consultations, setting out its plans for:

Matthew Taylor, the lead author of last summer’s review and chief executive of the RSA, welcomed the Government’s response, emphasising that the good work agenda must now change up a gear for Government, businesses and unions alike.

“There is much more to be done to make good work for all a realistic goal, but the Government response to my review is substantive and comprehensive. It will make a difference to the lives of the most vulnerable workers and that is what matters.

“I welcome the range of specific commitments to improve the protections and rights of workers and to enforce those rights more strongly.

“On important issues, including pay for variable hours workers, employment status and representation of workers I welcome the direction indicated today, but there is more work to be done to encourage the Government to be bold in living up to its commitment to good work for all.”

Ben Willmott, head of public policy at the CIPD, commented: “The CIPD has long called for both workers and employees to be eligible for written terms and conditions of employment, so we fully support the adoption of the right to receive a payslip and terms and conditions from day one.

“Improving clarity and transparency of people’s contractual terms and conditions from day one can help to ensure that people’s rights are respected in the workplace and reduce abuses.”

The TUC, however, said the Good Work plan wouldn’t end exploitative working practices and would still leave 1.8 million workers without key employment rights. General secretary Frances O’Grady said: “The Government has taken a baby step – when it needed to take a giant leap. These plans won’t stop the hire and fire culture of zero-hours contracts or sham self-employment.

“Ministers need to up their game. At the very least they must end the Undercutters’ Charter that means agency workers can be paid less than permanent staff doing the same job.”

The Government has taken a baby step – when it needed to take a giant leap. These plans won’t stop the hire and fire culture of zero-hours contracts or sham self-employment” – Frances O’Grady, TUC

Torsten Bell, director of the Resolution Foundation, said the Government was right to bolster enforcement of employment rules and increase fines for organisations that break them.

“In the past we have left individuals to enforce their own rights so a clear role for HMRC in policing sick and holiday pay is welcome. Ensuring all workers get a clear statement of their employment rights on their first day in a job will also help raise standards,” he said.

Neil Carberry, CBI managing director for people, said: “Responsible businesses back strong enforcement against the small number of firms whose poor practices tarnish the reputation of the vast majority that are a force for good.

“Business looks forward to working with the Government in the areas it has correctly identified for further careful consideration. It’s essential that changes to UK employment law promote entrepreneurship and maintain the flexibility that has created so many jobs.”

“Of course we need to stamp out false self-employment. But what we definitely can’t have is the genuinely self-employed disadvantaged in the process.” he said.