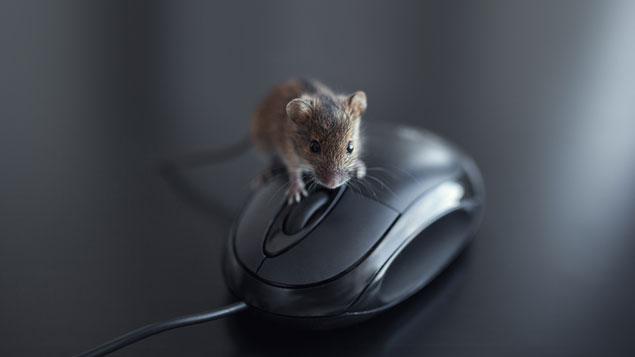 Evidence has emerged that lockdown has led to increased incidents of workplaces being plagued by rodents, an unpleasant prospect for many employees gradually increasing the number of days they work back in the office.

Last month the British Pest Control Association reported an increase in rat and mouse encounters of more than 41%. Spokesperson Natalie Bungay said: “We’ve had reports of rats and mice infesting empty buildings, and it seems that their lifestyle patterns are changing.

“Rats in particular are becoming more visible in areas of population. With less footfall across cities and towns, there is less associated food waste being left in bins and on the floor. As a result, rat populations are likely to move further afield to satisfy their need for a food source, and this, in turn, is likely to cause more sightings.”

One London-based employee who is required to hot desk at an office during the week told Personnel Today of his surprise when a rat ventured on to his desk a few days ago: “Sanitation and hygiene at the [central London] office is very good with a huge cleaning effort going on despite hardly any staff coming in. But I was shocked to see a rat peering at me from under my computer screen.”

He said that another worker had left an open snack packet nearby and that the “hot desk” he’d been working on was quite cluttered with books, computer equipment, cables, headphones and papers.

Can the cleaning sector cope with the demands of offices as pandemic continues?

At the end of March, employees left their offices without clearing their desks and drawers, so items of food may well still be attracting rodents into buildings. A spokesperson for the National Pest Technicians Association has warned that “If there is food available, pest populations could thrive in empty buildings and become emboldened by the absence of people – or pests will go out in search of food”. He added: “The closure of schools, pubs, restaurants, hotels, tourist attractions and other public places to enforce social distancing will have unintended consequences”.

Rodentologist Robert Corrigan told the BBC that lockdown had changed rodent behaviour and they were seeking new areas to infest: “Anyplace where rats have been depending on the easy handouts, and that disappears, then they don’t know what to do,” he said, adding that rats in particular were “masters of adaptation”.

He confirmed that one of the best things facilities managers could do was to clear empty desks and get rid of all snacks and food. “Sanitation is pest control”, he said, “without food they will control their own numbers”.

The trend toward warmer winters is also thought to have boosted the rat and mouse population. And the recent warm weather will have further encouraged rat breeding, in addition to the large numbers of commercial premises currently unoccupied.

“It is advisable that commercial premises take proactive measures to prevent pests from taking up residence in their facilities while they are unoccupied.”

He added: “Once rodents gain access to premises they can be difficult to control. A mouse can survive on as little as three grams of food per day and can eat from up to 70 different sources of food within 24 hours.”

“Early detection is one of the best weapons a business has in the fight against rodents.”

He advised that digital pest prevention technology, such as Rentokil’s PestConnect, provided 24/7 site surveillance, with connected devices sending an SMS alert to a technician only when a rodent was detected. This, he said, helped avoid unnecessary site visits – a useful capability given current circumstances.

Cleaning firm Regional Services, which has about 700 clients, said it had received a surge of enquiries mainly down to companies wanting pest control. Spokesperson Marcus Lobow told Personnel Today that reduced cleaning of empty premises was partly to blame: “This could be down to a combination of cleaning companies reducing the hours they clean offices and either furloughing management or reducing the supervision of sites. With the reduction of quality and supervision, offices are not being cleaned correctly and therefore you have an increase risk of mice and rats.”

He added: “A lot of cleaning companies have been under financial pressure due to the current circumstances and have had to make cuts. Unfortunately this has an impact on quality and in these times, the quality of cleaning has never been more vital.” He emphasised that his own company’s financial position had meant it had not had to make cuts or sacrifice thoroughness.