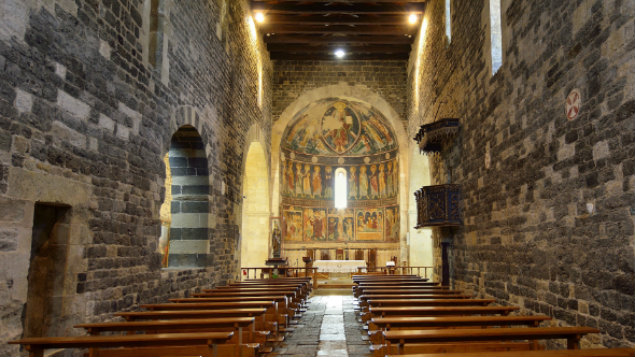 A church in Sardinia, which is Mr Gareddu’s homeland
Peter Giovannini/imageBROKER/REX/Shutterstock.

The Employment Appeal Tribunal (EAT) upheld a tribunal’s rejection of a claim that a Roman Catholic was not discriminated against when London Underground did not allow him to take five weeks’ leave to attend religious festivals in Sardinia. Stephen Simpson rounds up recent employment decisions.

No discrimination over rejection of request for five weeks’ holiday
In Gareddu v London Underground Ltd, the EAT upheld an employment tribunal decision that the claimant’s assertion that his beliefs required him to take a block of five weeks’ leave to attend religious festivals was not genuine.

Time off for religious festivals

Can Christian employees refuse to work on the bank holidays that are aligned to a Christian festival such as Easter?

Mr Gareddu is a Roman Catholic from Sardinia.

For a number of years, he had been allowed by his employer, London Underground, to take five consecutive weeks’ annual leave in the summer to visit his family and attend religious festivals.

After a change of manager, his application for five weeks’ leave in summer 2015 was refused. He was told that the maximum he could take was three weeks’ annual leave.

Mr Gareddu’s raised a grievance with London Underground that its stance constituted religious discrimination. His grievance was rejected.

A key reason for the rejection was that London Underground was not convinced that his religious beliefs obliged his attendance in Sardinia for five weeks every summer.

London Underground accepted that not granting more than 15 days’ annual leave could disadvantage someone with a clear belief system.

However, the employer regarded Mr Gareddu’s attendance at religious festivals to be a personal choice, rather than a strict requirement of his faith.

The tribunal believed that Mr Gareddu’s motive for wanting the lengthy period of time off related to his family arrangements, and was not a manifestation of his religious beliefs.

“Rather, the tribunal simply assessed whether or not the asserted requirement to attend the series of festivals for a five-week period was genuine…

“…the tribunal found that the true or genuine reason for wanting a five-week period was not the claimant’s religious beliefs or their manifestation but was his wish to be with his family.”

The EAT upheld the first-instance decision.

The EAT held that the employment tribunal was entitled to be sceptical of Mr Gareddu’s assertion that the festivals have a deep religious significance for him and that he attends them every year because of his faith.

The employment tribunal looked in particular at the evidence of Mr Gareddu’s attendance at festivals in 2013.

The evidence suggested that he attended only nine of 17 possible religious events in 2013, a figure inconsistent with his testimony that “every one is dear to him”.

According to the EAT, the employment tribunal simply concluded that the true reason for Mr Gareddu wanting a five-week break was his wish to be with his family.

Read more details of the case and the implications for employers…

Teacher with bipolar disorder awarded £347,000
Wales Online reports that a teacher unfairly dismissed by a school recounted how the loss of her job led to her losing her home, her marriage and her health.

Jefferies banker misled tribunal in disability case
A banker has lost a disability discrimination case against Jefferies, the US investment bank, with a judge finding that he misled the tribunal, reports the Evening Standard.

“Bullied” Hull City Council employee has unfair dismissal claim rejected
A former social services manager who claimed he was bullied by his female boss for 10 years has lost his claim for constructive dismissal, says the Hull Daily Mail.