Remaining Carillion apprentices to be made redundant 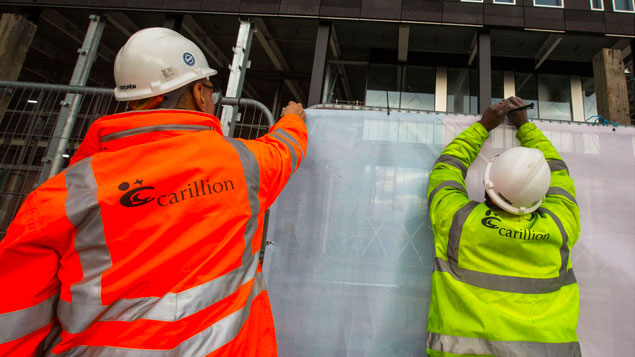 Almost 350 apprentices employed by collapsed construction giant Carillion will be made redundant after alternative jobs for them were not found.

After the company went into liquidation in January, the Construction Industry Training Board (CITB) sought to find alternative placements for its 1,200 apprentices.

But while 800 were given alternative employment, CITB has been unable to find roles for the 341 apprentices that remained. They have now received their notice of redundancy from the Insolvency Service.

Unite said the decision to make the apprentices redundant in the midst of a construction sector skills crisis was an act of “crass stupidity” and suggested the government could have used its “procurement power” to ensure all Carillion apprentices found alternative employment.

The CITB estimates that the industry needs 31,600 new entrants every year to maintain current levels of output.

The government has set a target of having three million people begin an apprenticeship – across all sectors – by 2020, though recent figures showed the number of people starting a course plummeted 28% between August 2017 and March 2018.

Unite assistant general secretary Gail Cartmail said: “This is an appalling way to treat these apprentices who should have become the backbone of the industry. To dump them and to destroy their training is an act of crass stupidity.

“The dismissal of Carillion’s remaining apprentices once again demonstrates that the construction skills crisis will not be tackled until procurement rules are introduced which require that all companies undertaking public sector contracts must train apprentices.”

The BBC reported that many of the apprentices that will lose their jobs are based in the North East and North West of England.

CITB chief executive Sarah Beale commented: “The liquidation of Carillion had a huge impact on our sector, over the last six months the construction industry has relentlessly rallied to support the 1,148 apprentices in England and 127 apprentices in Scotland affected.

It has found alternative jobs for 777 apprentices in England, while 12 went into full time education. Another provider found employment for 101 apprentices in Scotland.

A spokesperson for the Official Receiver said: “A further 21 jobs have been transferred to new suppliers over the past week and in total, more than 13,500 jobs have been saved.

“Regrettably, 356 people [apprentices and other workers] will be leaving the business as their roles are no longer required but support is available to help them find new work.”

Unite last month said it plans to take legal action on behalf of former Carillion staff who believe it failed to comply with its legal obligation to carry out collective consultation before their redundancy.