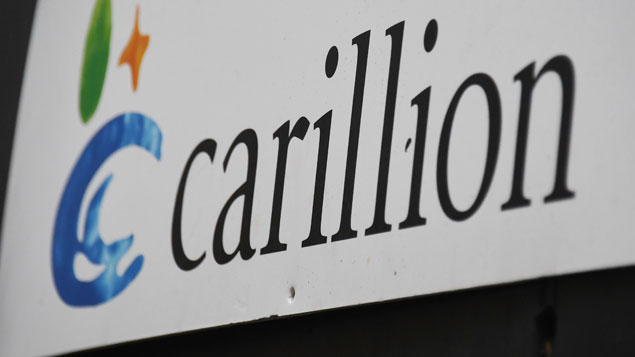 Union Unite plans to take legal action on behalf of a group of former Carillion employees who were made redundant when the company collapsed in January.

The staff were employed by facilities management company Planned Maintenance Engineering – a division of Carillion – and worked on a contract at the government’s GCHQ site in Cheltenham.

Who should be consulted about employee redundancies?

The union, which said it lodged its claim on behalf of its members in June, is seeking compensation for a failure to comply with the legal obligation to carry out collective consultation before the redundancy.

Planned Maintenance Engineering went into compulsory liquidation on 15 January and around 80 employees were told on 23 January that they faced redundancy by liquidator PricewaterhouseCoopers (PwC). Unite was unavailable to confirm whether all employees at the site are being represented.

Unite claimed that on 6 February the workers were dismissed without consultation and were told to claim their redundancy pay from the government’s redundancy payments service.

They were transferred to G4S, but normal TUPE regulations did not apply as their division of Carillion was in compulsory liquidation. Their terms and conditions of employment were therefore not protected.

If the claim is successful, the workers will be entitled to up to 90 days’ pay, capped at eight weeks at a maximum weekly amount of £508 as the company is in liquidation. This would be paid by the Insolvency Service.

“Unite is fulfilling its promise of using all avenues including its legal arm to defend our members who are the innocent victims of Carillion’s collapse,” Unite assistant general secretary for legal services Howard Beckett said.

“If our members are successful then once again it is the taxpayers who are going to have to pick up the bill for Carillion’s failings. This again underlines that the outsourcing model is broken beyond repair and needs to be scrapped.”

According to Beverley Sunderland, managing director at Crossland Employment Solicitors, an organisation planning 20 or more redundancies must usually consult with a recognised union or elected representative at least 30 or 45 days (if 100 or more redundancies are proposed) before the first redundancy.

The only time a company does not have to comply with this obligation is if there are “special circumstances which render it not reasonably practicable”.

She said: “There is no definition of ‘special circumstances’ but it must be something ‘exceptional, out of the ordinary or uncommon’.

“Even if there are special circumstances that apply they do not absolve the employer from complying… if compliance was reasonably practicable.

“In the case of Carillion, it would appear that the directors were well aware of its financial situation for many months and so it will be difficult to see how the liquidators can argue that special circumstances apply.”

As the company is in liquidation, Unite had to apply for a court order for the claim to proceed and is currently awaiting a response from the Official Receiver.

According to the Official Receiver, which has attempted to place former Carillion staff in alternative roles, 2,403 (13% of those employed across the Carillion group) have been made redundant through the liquidation.

The government took over Carillion’s public sector contracts shortly after it went into liquidation. Approximately 2,100 employees have been retained to enable it to deliver the remaining services for public and private sector customers.