By Ashleigh Webber on 31 Jul 2018 in Latest News, Absence 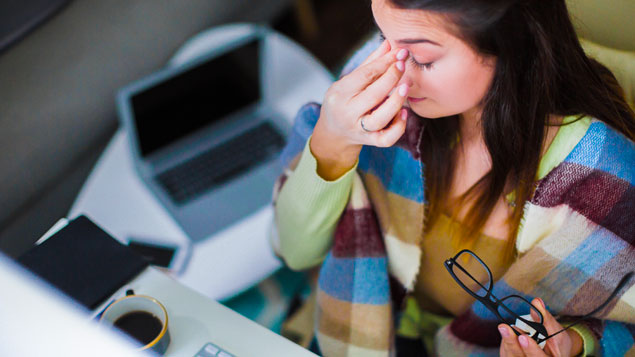 By investing in health and wellbeing, organisations can benefit from increased engagement and less "presenteeism"

The average number of sick days taken fell to an all-time low last year, as the CIPD warns “unhealthy” working practices such as presenteeism continue to be overlooked by employers.

Figures released by the Office for National Statistics showed that employees took an average of 4.1 days off sick in 2017 – almost half the 7.2 days taken in 1993, when records began.

Public sector health workers lost the most working time to illness compared with any other profession, with 3.3% of hours lost. The ONS said this was probably due to the nature of their job and the likelihood of exposure to infections and diseases.

The higher rate of absence in the public sector as a whole could partly be explained by the profile of the workforce, it claimed. The ONS suggested the public sector employs more older workers and women – both of whom tend to take more time off sick – and it is more likely to appeal to workers with long-term health conditions as it tends to offer more generous sick pay arrangements than the private sector.

Rachel Suff, senior employment relations adviser at the CIPD, said it was difficult to determine the exact reasons behind the decline in sickness absence, but presenteeism could “definitely be one factor”.

“If people feel the need to show up to work when sick that’s not the sign of a healthy workplace, which isn’t good for them or the organisation,” she explained.

Suff said the CIPD/Simplyhealth Health and wellbeing at work survey 2018 found almost nine in 10 HR professionals had observed presenteeism in their organisation in the past 12 months.

“Unmanageable workloads and a long hours culture are partly to blame for this worrying trend. What’s even more concerning is the fall in the number of organisations taking steps to tackle presenteeism – around a quarter in 2018 compared with almost half of organisations in 2016,” she said.

“When people are genuinely unwell, they will not be productive at work and organisations need to have an attendance management culture that supports people when they are ill and discourages unhealthy behaviour like presenteeism.”

Larger organisations – employing 500 people or more – had the highest sickness absence rate at 2.3%, compared with businesses that employed fewer than 25 people. The ONS suggested employees of smaller firms might come under more pressure to make up any hours lost to sickness absence.

Minor illnesses, such as coughs and colds, accounted for 34.5% of working hours lost in 2017.

Musculoskeletal problems represented 17.7% of absences, and stress, depression or anxiety were given as the reason for 7.6% of absences.

Musculoskeletal issues were more common among older workers and were behind 20.8% of working time lost by 50-64 year olds and 18.7% of hours lost by 35-49 year olds.

The ONS said there had been an increase in the number of workers aged 25-34 who attributed their absence to mental health conditions. This proportion increased from 7.2% in 2009 to 9.6% in 2017.

Frances O’Grady, general secretary of trade union body TUC said people are more likely to go to work when ill than stay home when well, so employers needed to “ditch the myth that UK workers are pulling sickies”.

“If someone is poorly, good employers will encourage them to rest up and get better. UK workers already put in billions of pounds worth of unpaid overtime every year. They shouldn’t have to battle through illness as well,” she said.

4 Responses to Sickness absence dropped to record low in 2017