Resignation rates at lowest level since 2007

By Laura Chamberlain on 21 Aug 2012 in Labour turnover, Recruitment & retention 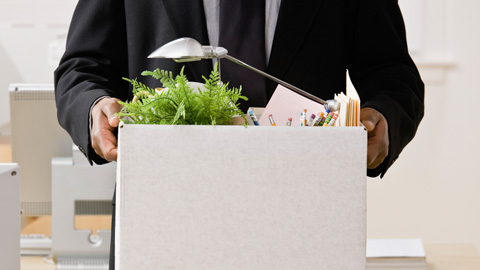 The number of employees resigning is at its lowest level in five years, with an average 9.3% of staff voluntarily leaving their jobs in 2011.

This is according to analysis of data from five years of XpertHR’s annual labour turnover rates and costs survey, which, in 2011, recorded the lowest resignation levels since 2007, when the average level was 17.8%.

While resignations in private-sector-services firms followed the overall downward trend during the past five years, there was a small rise in resignations reported in 2011, with 11% of employees in this sector resigning, compared with 10.6% the previous year.

This year, the resignation rate in private-sector services exceeded those in other broad sectors, with 6.7% of staff resigning from public-sector organisations in 2011 and 5.7% from manufacturing-and-production firms.

Rachel Suff, XpertHR employment relations researcher and author of the report, believes that the differences in resignation rates between the sectors could be down to variations in job security.

“The private sector, overall, has been quicker to recover from the continuing harsh economic climate,” said Suff. “The public sector, in contrast, is now bearing the brunt of austerity measures and spending cuts.

“It is not surprising that people working in the public sector are typically more worried about job security and less likely to seek new employment opportunities compared with employees based in private-sector services.”

In addition, the survey found wide variations in resignation levels within the broad sectors. The highest resignation rate recorded for private-sector-services firms was in retail and wholesale, where 14.1% of employees resigned, and the lowest was in transport and communications, where 5.7% chose to leave their jobs.

The lowest rate overall was in general manufacturing, where 4.6% of staff resigned.

The overall labour turnover rate for 2011, which included dismissals, redundancies, resignations and retirements, was 15.6%, down slightly on the 15.9% recorded in 2010.

View the full findings of the report, including more details on total turnover rates, on XpertHR.