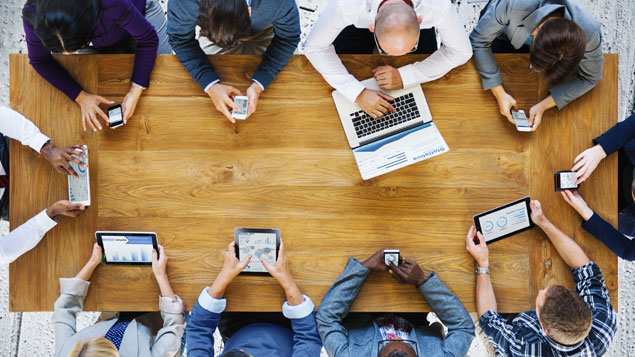 An inability to quickly introduce new IT services to their workforce is restricting organisations’ competitiveness and ability to offer staff the flexible workspaces they desire.

Eight in 10 (84%) of employers claimed that their inability to quickly roll-out new technology services was limiting their ability to compete with other businesses, according to a survey of 200 chief information officers and IT decision makers carried out by Capita and Citrix.

Could technology help to reduce conflict at work?

When asked what the barriers were to creating the agile workspaces their employees want, respondents listed cost (48%), security and compliance worries (47%) and legacy technology (44%) as their main concerns.

Nine in 10 said the IT user experience was important in attracting and retaining staff, but 88% said dated budgeting models dictating the timings and amounts available for IT upgrades made it difficult for them to invest in more flexible technology.

Younger staff in particular were driving demand for more agile workspaces, 93% of those polled said.

“As organisations look to move away from a traditional desktop IT environment to a more flexible one that caters for mobile, remote, and more digital-savvy employees, the appeal of an agile workspace has grown,” said James Bunce, director at Capita IT Services.

“The nirvana for many organisations is creating an agile workspace that puts users first – giving them everything they need, to work productively, in one single place – from applications, to shared data and documents, to self-service support.

“However, stitching these facets together is not an easy task, particularly as IT environments have grown in complexity. As the research shows, an agile workspace is not just a luxury for organisations but is fundamental to their success and ability to compete.”

The research also found that employers took a “bring your own device” approach to creating a flexible working environment: 46% operated such a policy, with a further 35% considering it.

Ninety-two per cent of those who had introduced one said it had increased productivity. However, it had resulted in an increased security risk for 87% of firms and larger workloads for IT support functions for 89%.

Organisations said that, on average, the rise of mobile and remote working had seen a 25% increase in requests for IT support.

Just over a third (36%) said they lacked in-house skills to modernise their technology, while 68% saw the cost of transforming IT services as restrictive. Forty-three per cent worried about disruption to the user experience.

Justin Sutton-Parker, director for Northern Europe at Citrix said: “An agile workspace is one in which employees can access all the applications and data they need, empowering them to collaborate with colleagues over any connection. This is easier said than done for most organisations because migrating from legacy remains a challenge.

“Ultimately, businesses are looking for cost-conscious, scalable and flexible solutions to enable productivity and deliver efficiency, often combined with a cloud-first approach – to help tackle legacy issues and embrace the digital workspace.”