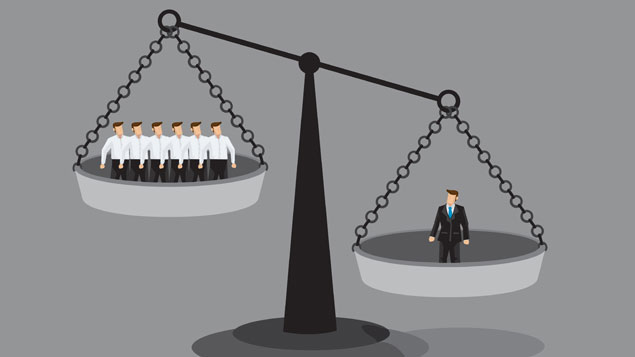 Ahead of the introduction of executive pay ratio reporting regulations next year, Jason Stockwood looks at how CEO pay could be used to ensure employees receive what they deserve help organisations hit social and environmental targets.

Few topics in business elicit a more impassioned response than the issue of CEO pay. According to the Economic Policy Institute think tank, CEO remuneration in the US rose by 937% between 1978 and 2016 – more than 80 times the salary growth of the average worker in the same timeframe. In the UK, figures from the CIPD and the High Pay Centre show that median pay for the CEOs of FTSE 100 companies last year grew by 11%, compared with 2% for employees.

Often this is an issue that polarises debate between those who want to take punitive action, and others who would do nothing at all. Opponents of high executive pay would implement caps and tie remuneration to a multiple of the lowest salaries in a company, while the laissez-faire brigade simply point to the importance of the CEO role in driving profitability and performance.

Neither approach is helpful in its entirety, but we should look at the best intentions of both. It is not an option to do nothing about an issue that strikes at the heart of a growing problem around income inequality. But at the same time no one benefits if the focus is merely on tearing CEOs off their pedestal.

The CEO role is essential to company performance, and deserves to be remunerated accordingly. But that’s not to say all is well with how CEOs are paid.

So what should we actually be doing? Firstly, executive pay could be used as a catalyst for change in how companies are run. Every CEO will already have a significant performance element in their remuneration, but we should look at how their pay can be used to make sure others get what they deserve. For example, in Simply Business, we are part of a scheme where my pay is tied to that of our female directors.

There are other similarly important issues that organisations are struggling to make meaningful progress on: from ensuring a more diverse workforce to hitting environmental goals. Tying CEO pay to outcomes could be another way of helping ensure things move more quickly.

The second area is about how the proceeds of success are shared. Under the prevailing model, it is shareholders and directors who benefit disproportionately. But, as I argue in my book Reboot, it is time organisations did more to ensure the people who help create their profit benefit.

Profit-sharing schemes are nothing new and can make a real difference to both an organisation and its employees. The John Lewis model has been held up as a broadly beneficial one, for example.

We implemented a profit-sharing scheme at Simply Business early on. When it came to selling the business, everyone on our team benefited. Such schemes involve the entire workforce in the performance of the business and can offer windfall amounts that are life-changing for employees.

For some, no amount of improvement to the corporate model will justify current levels of CEO pay. It’s true that some remuneration packages, bonuses and severance deals are disproportionate in the circumstances, but context is everything. There is nothing inherently good or bad about paying CEOs well – the real question is what that leader is doing not just to drive profitability, but to ensure everyone in the business benefits, and how they are helping a company meet its social, moral and environmental obligations.

As business scrutiny increases, the role of a CEO is getting harder. Leaders who can step up to these various challenges deserve to be paid well, but those who do not are likely to find that the handsome pay cheques start drying up.

Jason Stockwood is group CEO of insurer Simply Business and author of Reboot: Happy and Human Business in the Digital Age.
View all posts by Jason Stockwood →
Previous Article
Next Article