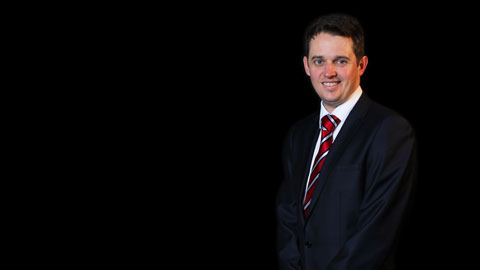 The coalition Government has implemented a number of measures that have reduced individual employee rights. The qualifying service to bring an unfair dismissal claim has been increased from one year to two years. From this summer, claimants will also have to pay a fee to issue and pursue claims in the employment tribunal, and awards of compensation for unfair dismissal claims are to be capped at 12 months’ pay.

Some of these changes may benefit trade unions. As individual employee rights diminish and access to justice is restricted, employees may consider that collective organisations are more necessary.

In terms of what rights are afforded to union members, the answer is many.

It was also reported in January 2013 that staff seeking to work on construction contracts for the Olympics had been cross-checked against blacklists.

Since the inception of the Employment Relations Act 1999 (Blacklists) Regulations 2010, blacklists have been unlawful. It is unlawful to refuse someone employment, subject them to a detriment and/or dismiss them for a reason relating to a blacklist. It is unlawful to merely compile a blacklist. An employer can be fined for a breach of the Regulations and compensation to a worker who has been subjected to a breach is a minimum of £5,000.

It is arguable that the creation and use of a blacklist constitutes a breach of the Data Protection Act 1998. The data on any blacklist is likely to be considered sensitive personal data and therefore the lawful processing of the data would require the explicit consent of the trade union member. It is highly unlikely that consent would be sought, let alone given.

It is also unlawful to:

The point in many respects is simple: do not treat union members differently.

One of the most complex areas concerns the ability of trade unions to call their members out on strike and employers’ ability to prevent strikes. Some notable employers such as British Airways and the London Underground have failed in their attempts to halt strikes.

Protected industrial action is where the union is acting in contemplation or furtherance of a trade dispute, it is not taken for a prohibited reason, it has the support of a properly organised ballot of union members and the union has complied with its notice requirements. However, determining whether the industrial action is protected is not always straightforward.

Where the action is protected, the dismissal of an employee will be automatically unfair unless certain conditions are satisfied. For example, an employee cannot be dismissed until after the protected period, which is usually 12 weeks.

If an employee is dismissed for taking part in official and protected industrial action that dismissal will, generally, be automatically unfair.

In circumstances where the action is official but not protected, the employer cannot selectively dismiss, but can dismiss all employees so long as it is not for an automatically unfair reason.

An employee taking part in unofficial action – for example, where it is not authorised or endorsed by the union – has no protection from unfair dismissal. The employer has a free hand in choosing who to dismiss (there is no all or nothing rule) and the reasons for the industrial action are irrelevant. There are limited exceptions to the rule – for example, where the employee can show that the reason for dismissal was connected to jury service, maternity and family leave or health and safety, to name a few. A further exception is where all the participants in the action are not members of a union (in such an instance, the strike would not be unofficial).

This area of law is heavily governed by statute and its complexity is obvious. It is important for employers to have at least a basic understanding of the requirements of the law regarding union membership, as it can be easy to fall foul of the requirements. It can also be easy for unions to get it wrong and leave their members vulnerable.

Employers should ensure that it is communicated throughout the organisation and especially among management that union members cannot be treated less favourably than other staff. Equally, a person cannot be treated less favourably by reason of not being a member of union. It is prudent to consider trade union membership as giving similar protection to that which applies to unlawful discrimination.

Where possible, it serves to communicate with union members and officials to avoid any potential issues. Unions are aware of the complexity of the law and thus industrial action is a brave choice. If they get it wrong, their members may suffer serious consequences. This understanding can be a useful tool in negotiation.

On occasion, the employer can do little to stop industrial action – but it should be borne in mind that the employer still has options.

Given the complexity, advice at an early stage is key in helping to avoid disruptive industrial relations.

Andrew Moore is an employment solicitor at Hill Dickinson