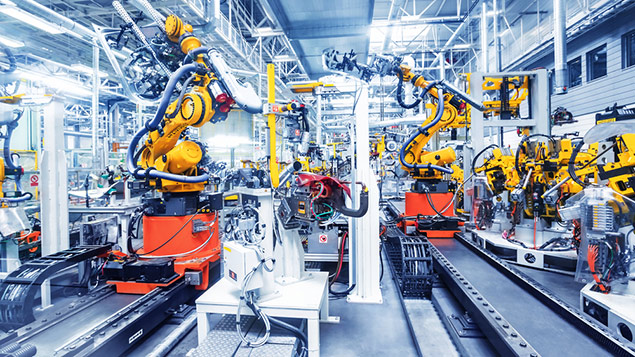 Entire regions of the UK face being left behind and British businesses could find themselves being uncompetitive, unless the government steps up efforts to manage the transition to automation.

That is according to the business, energy and industrial strategy (BEIS) select committee in a report on automation and the future of work.

MPs found that the UK’s slow pace in moving to automation has allowed other countries to steal a march in leading the Fourth Industrial Revolution and seizing upon the opportunities for economic growth and jobs. It said the UK lags behind its G7 competitors in its adoption of robots.

Rachel Reeves, BEIS committee chair, said: “The switch to automation brings challenges for businesses and for workers, with fears for livelihoods or disruption to job roles coming to the fore.

The UK is lagging far behind its international competitors on the adoption of automation. Five major industrial robotics markets represent 73% of total global sales volume in 2017: China, Japan, South Korea, the US and Germany. The UK accounted for 0.6% of annual global shipments of industrial robots and 3.5% of European shipments.

Sales of industrial robots to the UK actually decreased in the period between 2014 and 2015, at a time when the UK had just 10 robots for every million hours worked, compared with 131 in the US, 133 in Germany and 167 in Japan.

The report urges the government to create a robot and artificial intelligence strategy by the end of 2020 and outlines a number of measures which could be introduced as part of this strategy, to help support businesses, industries, and universities and boost the adoption of automation.

Reeves added that despite an “excellent” tech and research base, the UK is lagging behind our international competitors in our adoption of robot and automation technologies, meaning it is losing out in productivity, economic growth, job-creation and higher earnings.

“The government has failed to provide the leadership needed to help drive investment in automation and robot technologies,” added Reeves. “If we are to reap the potential benefits in the future of improved living standards, more fulfilling work, and the four-day working week, the government needs to do more to support British businesses and universities to collaborate and innovate.”

The report says the government should support businesses and workers as they manage the transition to a more automated world of work and that it should provide the right support on issues such as skills, investment and training, to ensure that all parts of the UK share in the jobs and growth benefits offered by automation.

A lack of understanding of automation is harming business productivity, especially for SMEs, said the report. The government’s decision to close the Manufacturing Advice Service in 2015 was a mistake and has made it more difficult for businesses to find help and advice. The committee recommends that the government funds an impartial source of advice for businesses that want to invest in automation. This new service should be commissioned with a focus on ensuring it is fully accessible to SMEs, building on the experience of successful examples like Be the Business.

The government has failed to provide the leadership needed to help drive investment in automation and robot technologies. If we are to reap the potential benefits in the future of improved living standards, more fulfilling work, and the four-day working week, the government needs to do more to support British businesses and universities to collaborate and innovate” – Rachel Reeves

The report dismisses the idea of a “robot tax” believing it would discourage take up of automation and that it would not be in the interest of businesses or workers in the UK. Given the potential boost to productivity, especially among SMEs, the report recommends the government brings forward proposals in the next budget for a new tax incentive designed to encourage investment in new technology, such as automation and robotics.

On the potential for a move to a four-day working week, the report agrees with the CIPD that a four-day week is feasible, but not currently practical.

The MPs also call for the large-scale expansion of lifelong learning and reskilling and says these are essential to ensure opportunities “don’t just fall to those with the ‘right’ degrees and skillsets”.

The report says the transition to a more automated workplace and society risks reducing the quality of work, widening existing inequalities and increasing regional disparities. The MPs find the lack of planning and action in this area “worrying” given the role that the government has in schools and education policy, as well as regional and business policy.