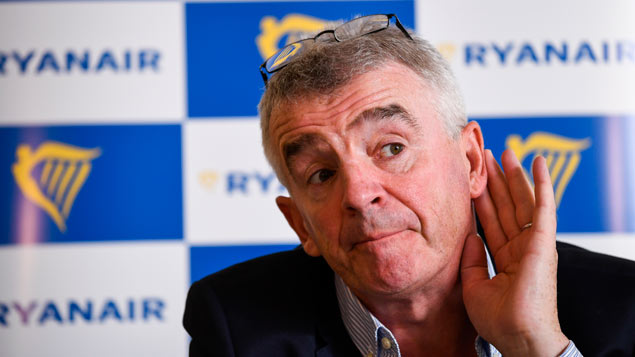 Ryanair has lost its bid for a last-minute High Court injunction to block pilot strikes scheduled to begin today (Thursday).

The British Airline Pilots Association (Balpa), which is organising industrial action over pay and conditions, said the airline had been “wasting time with unnecessary court action” rather than working with the union to find a resolution ahead of the strike on Thursday and Friday. A further strike is planned for 2- 4 September.

Their attempt to block lawful strike action is just another demonstration of the bullying tactics the airline appears to favour.” – Brian Strutton, Balpa

Balpa said Ryanair had been relying on “legal technicalities” to persuade the court to block the strike.

Brian Strutton, the union’s general secretary, said: “Their attempt to block lawful strike action is just another demonstration of the bullying tactics the airline appears to favour. It means all the time that could have been used to try to find a resolution will now be spent preparing for the court action.

“It’s also worrying to see Ryanair continue to sell tickets for strike days – are they prepared to offer compensation to passengers if they are affected? I think they should tell passengers exactly where they stand.”

Ryanair’s UK pilots recently agreed a 20% pay increase, with senior captains earning up to £180,000 a year.

The company has also won a bid in the High Court in Dublin to prevent around 180 pilots based in Ireland from taking part in a 48-hour strike from Thursday.

Their union, the Irish Airline Pilots Association, is seeking pay levels it believes are “common and competitive in the commercial airline sector”, which Ryanair claims is equal to a 101% pay increase.

Ryanair suggested that its pilots’ salaries are 20% greater than comparable 737 airline pilot pay.

Last month its CEO Michael O’Leary told staff to prepare for up to 900 job cuts because the company had an excess of more than 500 pilots and 400 cabin crew. It is expected to announce headcount reductions in the coming days.

Fiona Cincotta, a senior market analyst at City Index, said being granted the injunction could further damage the airline’s relationship with pilots and the union.

“A successful court challenge may put a swift end to the strikes. But it’s a risky gambit that would have already eroded the good will Ryanair had fostered with staff after recognising unions last year,” she said.

“The union’s decision to trumpet the fact that Ryanair is still selling tickets for the planned strike days, without any apparent warning, is a sign of the kind of animosity that could prevail if a peace deal isn’t reached.”

This article was updated on Thursday 22 August in light of the news that Ryanair lost its case in the High Court.