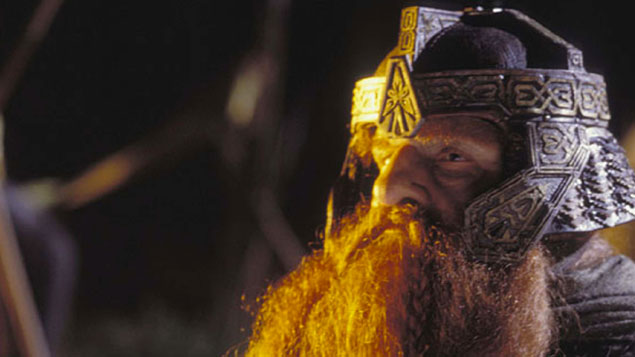 David Evans claimed he was compared to Gimli from The Lord of the Rings. REX/SHUTTERSTOCK

A technology salesman who said he was called a “fat ginger pikey” and “Gimli” by his managers has lost a claim for racial discrimination.

An employment tribunal found that David Evans, who was employed at the London office of US-based IT company Xactly, had been dismissed from his role because of his poor performance, rather than on racial grounds.

Evans, who is part of the Traveller community, said that he was called names including “fat Yoda”, “jellied eel salesman” and “salad dodger” by managers at the company. He was also compared to Gimli, the fictional dwarf from The Lord of the Rings.

He made a claim for race and disability discrimination, stating that his weight gain was due to diabetes and an under-active thyroid.

Evans said he had not complained about the comments at the time they were made and had joined in with the office banter.

Judge Joanna Wade noted the “fat ginger pikey” comment could have been considered harassment, but concluded that it was not the context of the situation.

He had not been upset at the time the comment was made and had used the “c-word” in office conversations, which the judge said “makes it highly unlikely he would have been offended” by the comment.

“The loose connection between the claimant and Travellers makes it very unlikely that the comment was intended to upset him,” Judge Wade added.

The employment tribunal also found that Evans had elaborated on details of a meeting between himself at the company’s vice-president for Europe, who he claimed had called him a “pikey”.

Evans told the Central London Employment Tribunal Centre that he had been dismissed in November 2016 after expressing an interest in leaving the company, rather than on any performance-related grounds. Xactly, however, claimed that he had lost his job after failing to meet his targets.

The judge agreed with the company and said the reason he was dismissed was very “clear, cogent and consistent” with decisions to dismiss other staff who had not hit their sales targets.

After the ruling, Evans told The Times: “I’m going to appeal. I never asked to be called a fat ginger pikey. That is unwanted contact… the definition of race discrimination.”