Sexual harassment award: £14,000 for injury to feelings not excessive 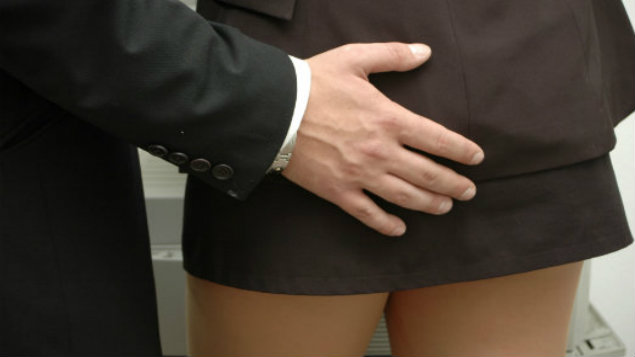 The Employment Appeal Tribunal (EAT) has upheld an employment tribunal decision to award £14,000 for injury to feelings after a young lawyer was subjected to sexual harassment in the workplace and forced out of her job. Zoe Lomax, employment associate at DLA Piper, examines the decision including the level of compensation dictated by the Vento bands.

Ms Majid was an aspiring lawyer who was undertaking her legal practice course. In early 2013, she commenced work at AA Solicitors, a practice based in Bolton.

Mr Ali was the sole solicitor of the practice. Ms Majid stated that, during the six weeks of her employment, she was subject to 40 or more acts of sexual harassment by Mr Ali.

These included attempts to hug her, touch her arms, and invite her to the cinema. She also said that he suggested that a bed should be installed in the office.

All of these acts made Ms Majid feel very uncomfortable. After declining Mr Ali’s advances, Ms Majid found herself subject to a redundancy process and was dismissed.

Ms Majid successfully pursued a claim for sexual harassment against the firm and Mr Ali.

The employment tribunal found that Mr Ali, as an older man in a position of power, had made numerous sexual advances towards Ms Majid, abusing his authority and exploiting her vulnerability.

In addition, the tribunal found that the selection of Ms Majid for redundancy had not been on genuine grounds.

Evidence showed that, as a result of Mr Ali’s actions, Ms Majid had suffered from stress and anxiety. Also, his actions exacerbated her irritable bowel syndrome.

What are Vento bands?

These amounts are adjusted by tribunals to account for inflation.

The injury to feeling award factored in a 10% uplift because of inflation. The tribunal decided that this case fell within the middle of the three Vento bands (£6,000 to £18,000).

Within each band, the tribunal has flexibility to decide the value of an award which will be fair, just and reasonable in the circumstances.

The respondents appealed the award of £14,000 for injury to feelings, stating it was “manifestly excessive”. They argued that, while the middle Vento band was the appropriate band range, the compensation awarded should have been towards the lower end of the middle band, for example £10,000.

There was no suggestion from the respondents that the award was within the wrong Vento band.

The EAT acknowledged that it will be rare for an appeal to succeed in circumstances where the tribunal selects the wrong point within a Vento band, as opposed to the wrong Vento band entirely.

While a different tribunal may have made an award at the lower end of the middle Vento band. The EAT upheld the tribunal’s award of £14,000 for injury to feelings.

The EAT stated that the tribunal had the advantage of having heard all of the evidence associated with the case and therefore was best placed to make an assessment of the award.

In addition, the EAT held that in future cases, tribunals would not need to seek guidance from the EAT when deciding whether or not the Vento bands should be adjusted to account for inflation. Previously, this had been unclear.

This case demonstrates that the EAT will be reluctant to interfere with the level of an award for injury to feelings made by the judge at first instance in the employment tribunal, unless it views the tribunal’s award as excessively high or low (which is likely to be rare).

Another important point was addressed by the EAT; it confirmed that the tribunal’s application of a 10% increase in the award made for injury to feelings, to account for inflation, was properly applied.

The EAT also clarified that tribunals are not required to wait for guidance from higher courts when adjusting the Vento bands to take account of inflation.

Zoe Lomax is an employment associate at DLA Piper.
View all posts by Zoe Lomax →
Previous Article
Next Article