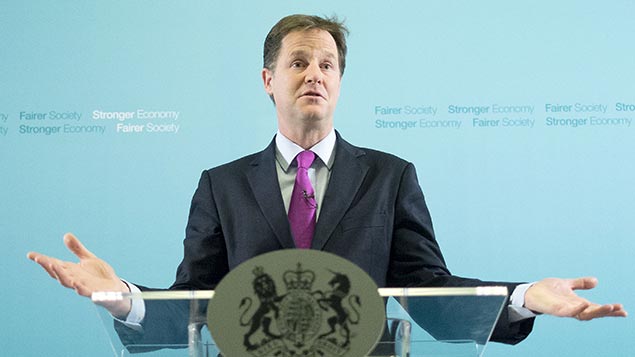 Fathers working in the civil service who want to share parental leave will be entitled to the same benefits and salary as mothers from next April, the Deputy Prime Minister will announce this week.

Nick Clegg wants the civil service to “blaze a trail for other public- and private-sector organisations to follow” by making it more financially feasible for fathers to take time off after the birth of a child.

Under the scheme, male civil servants will be entitled to the same enhanced pay as a woman in their position would be if they decide to take time off to look after their new child when their partner goes back to work.

This would give fathers a share of six months’ leave on full pay and a further six weeks on 90% of pay.

Currently, civil service fathers only benefit from the statutory entitlement of a maximum two weeks’ leave, paid at the statutory rate.

The new entitlements, available to more than 400,000 civil servants, mark a strong statement of support for the coalition’s shared parental leave legislation, which will allow couples to share maternity or adoption leave and pay from 5 April 2015.

Announcing the policy, Clegg is expected to tell civil servants: “Your contribution is even more remarkable given that – over the last four years, in the wake of the biggest financial crisis in living memory, with our public services having to absorb significant spending cuts – every public service has had to do more with less.”

Neil Carberry, director for employment and skills at the CBI, said that it should be left up to individual employers as to how they design their own shared parental leave and pay policies.

He said: “The route a company takes will require careful thought as, with budgets squeezed, the right balance also has to be affordable for the firm.”