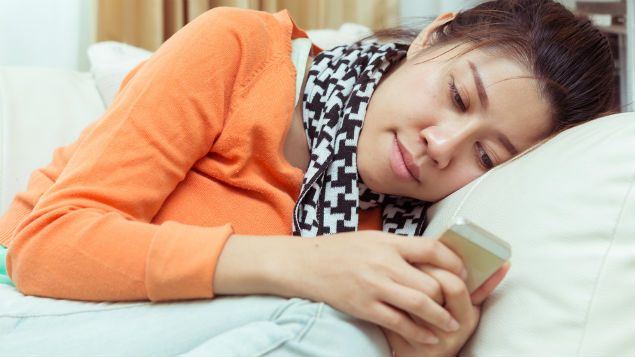 Calling in sick: what are the signs employers should look for that show employees are malingerers?

How does HR manage employees whose absence patterns or other evidence suggest they are malingerers? Catharine Cooksley looks at recent legal cases and provides four steps that employers can take to deal with the problem.

Managing sickness absence is rarely a straightforward task and dealing with someone that you suspect is not genuinely ill has always been at the trickier end of the scale.

We have all seen it happen – the colleague whose weekend of hard partying regularly translates into a “stomach bug” on Monday morning; the workmate who conveniently develops a migraine whenever a deadline looms. But proving that Jim in accounts is day-tripping at Thorpe Park rather than languishing at home with a bad back is not easy.

Line managers are always keen to present their suspicions about malingerers to HR, not least to address the perceived unfairness to colleagues.

Press them for credible evidence, however, and they tend to go quiet. This makes taking disciplinary action for misconduct very difficult.

The first step when dealing with suspected malingerers is to identify and capture available evidence to support the suspicions.

An employer who has evidence that an employee is being dishonest by claiming to be off sick when he or she is not may be able to discipline or dismiss for misconduct. As this is usually a quicker and easier route to follow than using a capability/absence management procedure, it can seem attractive.

In the past, gaining credible evidence has proved problematic for employers. Mere suspicions and rumours will not suffice to establish misconduct. However, the burgeoning of social media over recent years has the potential to provide a generous source of possible evidence.

Before you reach for your tablets and smartphones, remember that it is not all plain sailing. Data protection and human rights laws mean that employers need to be careful if, and how, they use this type of evidence.

For example, if evidence from social media is presented to the employer, perhaps via another employee, the employer can use it in the same way as it would any other anecdotal evidence or employee tip off.

This was the situation in Gill v SAS Ground Services UK Ltd, where a colleague printed off Facebook entries showing that Ms Gill was attending London fashion week, auditioning models for her own agency and choreographing a fashion show, whilst signed off sick from her work at SAS.

The tribunal held that the employer was allowed to use this evidence in their disciplinary investigation, and Ms Gill was sacked for gross misconduct.

The credibility of the evidence retrieved from social media will need to be tested in the usual way – for example – did the tip-off come from an employee with a grudge to bear? For example, has the information been taken out of context and are the dates of posting accurate?

There is debate over whether social media posts are in the public domain or are private, in which case, an employee could argue that their employer is not allowed to use them, because it breaches their right to privacy. Interference with the right to privacy can be objectively justified and might be permissible in these circumstances, for example, if the employer has reasonable grounds to believe that the employee is fraudulently claiming sick pay.

In general, employers should be able to rely on such evidence, but each case would need to be assessed on its own merits and case law makes clear that groundless “fishing” exercises should be avoided.

Many employers reserve the right to monitor work email accounts but, as highlighted by the recent case of Barbulescu v Romania, employers need to make sure they act in a proportionate way, balancing an individual’s right to privacy and the employer’s business interests and considering if there is a less intrusive way of achieving the employer’s aim.

It is advisable to document these considerations in advance of any such monitoring.

Step 2: Review the evidence – is it capability or conduct?

In Metroline West Ltd v Ajaj, the EAT reiterated for employers that “pulling a sickie” is a misconduct, rather than a capability, issue.

If your evidence of malingering looks robust and credible then you should be able to start a disciplinary process for misconduct.

However, a lack of evidence of dishonesty does not mean that an employer is powerless to challenge an employee they suspect is not really as ill as they claim. People will often continue to take unwarranted time off where they believe their absences are passing unnoticed

Employers can address this by ensuring that return-to-work interviews are carried out following each occasion of absence and encourage line managers to probe further (or push for medical evidence) if faced with evasive or inadequate answers.

For example, you could:

Such probing needs to be done carefully. Too blunt an approach, without back-up evidence, carries with it the risk of a claim of a breach of the implied term of mutual trust and confidence (and potential discrimination). However, making it clear to the employee that their repeated absences are not going unnoticed can do wonders for attendance.

Step 3: Give evidence of misconduct, but do not jump the gun

Where an employer believes it has evidence of dishonest behaviour, it is important not to jump to conclusions. The extreme cases where someone claiming to have broken their leg, and then is seen dancing the Samba are rare. Remember – and remind line managers – that employees do not have to be bed-bound, or even at home, in order to be unfit for work.

An employee posting pictures of himself on holiday or doing sport or other leisure activities may still be genuinely unwell. Many health conditions do not improve as a result of lying in bed – indeed some conditions, for example, mental health issues or bad backs can improve with exercise. Therefore, it is important to carry out an investigation, as you would for any other allegation of misconduct – something that line managers and fellow workers do not always understand.

The case of Perry v Imperial College Healthcare NHS Trust is a good example. Ms Perry was a community midwife, signed off work due to a knee condition. That role involved cycling to patients’ homes and sometimes climbing stairs in high-rise buildings.

While signed off, Ms Perry continued in her second job which was desk-based, one evening a week, and at a time when she would not have been working as a midwife, so she was not being paid twice for the same hours.

The tribunal concluded that it was perfectly acceptable for her to have carried on in the second role, while signed off sick from her role as midwife, so her dismissal on those grounds was unfair.

Compare that to the case of Brito-Babapulle v Ealing Hospital NHS Trust. Here, a hospital consultant was signed off from her NHS role, but still continued to work in a private hospital, while claiming sick pay from the NHS. Although the tribunal ultimately found her dismissal unfair (concluding that dismissal was not reasonable in light of her long-service, clean disciplinary record, and the impact on her career of dismissal from the NHS), the tribunal found her behaviour constituted gross misconduct.

The Brito-Babapulle case also highlights the importance of following a fair procedure, however cut and dried the evidence appears. Before disciplining or dismissing the malingering employee for misconduct, you need to follow your own procedures and the Acas “Code on discipline and grievance”, as you would do in any other disciplinary scenario.

You will need to put the evidence to the individual, hear their explanation and consider if that explanation requires further investigation; in this kind of situation, medical evidence may well be needed.

You also need to consider the individual circumstances of the case and any mitigating points, such as length of service and previous disciplinary history, as well as how similar cases have been dealt with in the past.

Managing malingerers will never be easy, but the rise of social media and people’s seemingly unquenchable enthusiasm for sharing their lives through this has brought with it a useful source of evidence for employers. Used correctly, it may prove the previously unprovable and may encourage employees to think twice before phoning in with that Monday morning “stomach bug”.