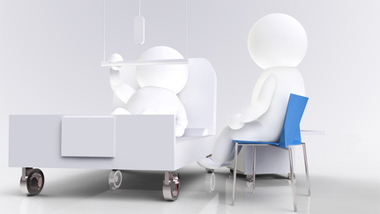 The amount of working time lost to sickness absence has fallen gradually over the past five years, with employees taking, on average, two fewer days’ sick leave in 2011 than in 2007.

This is according to the latest annual XpertHR absence rates survey, which found that employees took an average of 6.4 days off sick in 2011, compared with 8.3 days in 2007.

The 2011 figure was equivalent to an average of 2.8% of working time lost to sickness absence, costing each organisation an average of £743,175 or £618 per employee.

The survey also found that, while public-sector absence rates exceeded those in private-sector services and manufacturing-and-production firms, there was a similar downward trend in absence across all of these sectors during the past five years.

The 343 employers surveyed by XpertHR were made up of 61.8% private-sector services companies, 24.6% manufacturing-and-production firms and 13.6% public-sector organisations.

Rachel Suff, XpertHR employment relations researcher and author of the report, explained the reasons behind the steady fall in sickness absence: “This is partly due to the fact that reducing sickness absence among UK workers has become a key public-policy imperative, with a number of high-profile government-led initiatives such as the health, work and wellbeing agenda and the national sickness absence review published last November.

“But the economic downturn may also have had an impact, although its effect on individual employees’ sickness absence patterns can be varied. Some people could have suffered increased stress-related illness in the face of increased work pressures, but there could also have been a rise in presenteeism with some workers fearful that any sickness absence could count against them if there are concerns about job security.”

Indeed, the TUC warned that, while employers are making improvements in the way they manage sickness absence, they should not try to force employees back to work before they are well.

A TUC spokesperson said: “The average number of days lost to workplace ill-health has been falling for over a decade as a result of employers better managing sickness absence and increased presenteeism, which has been made worse by rising job insecurity as a result of the recession.

“It is important that employers do not treat every instance of sickness absence as avoidable and potentially bogus. Good employers allow their staff to recover and support them when they are off, rather than forcing them back while they are still ill. This negative attitude can prolong illness, spread diseases and cause stress throughout the workplace.”

View the full findings of the absence rates survey on XpertHR.