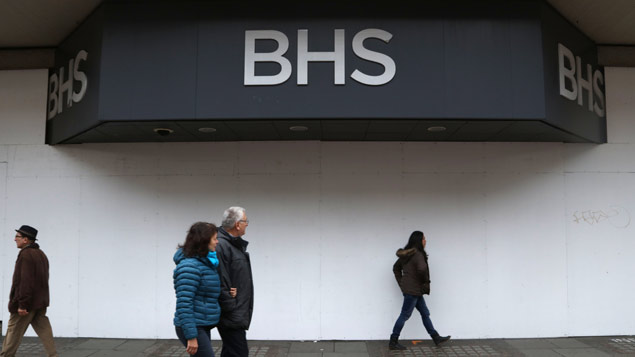 Sir Philip Green has agreed with the Pensions Regulator to offer a cash settlement of £363 million to plug the gap in the BHS pension scheme.

This means that workers for the retail chain, which collapsed in April 2016, will now get the same starting pension they were originally promised.

Private companies should be subject to corporate governance rules

Sir Philip announced: “I have today made a voluntary contribution of up to £363 million to enable the trustees of the BHS Pension schemes to achieve a significantly better outcome than the schemes entering the Pension Protection Fund (PPF), which was the goal from the outset.

“The settlement follows lengthy, complex discussions with the Pensions Regulator and the PPF, both of which are satisfied with the solution that has been offered.

“To achieve a significantly better outcome than entering the PPF, the contribution required to achieve this long-term solution was arrived at by the actuaries for both the regulator and the trustees.

“All relevant notices, including legal matters and claims from the regulator, have been withdrawn bringing this matter to a conclusion.”

The arrangement, which has the support of the trustees of the two BHS pension schemes, will see the creation of a new independent pension scheme to give pensioners the option of the same starting pension as they were originally promised by BHS, and higher benefits than they would get from the Pension Protection Fund (PPF).

At the time of collapse, the company’s pension scheme was reported as having a deficit of £571 million, leading to calls to strip Sir Philip of his knighthood and a subsequent Government inquiry into the chain’s demise. Around 11,000 people lost their jobs when BHS went into administration.

Sir Philip added: “Once again I would like to apologise to the BHS pensioners for this last year of uncertainty, which was clearly never the intention when the business was sold in March 2015.

“I am also happy to confirm that any of the pensioners that have faced cuts over the last year will now be brought back to their original BHS starting level pension and will all be made whole.

“I hope that this solution puts their minds at rest and closes this sorry chapter for them.”

Lesley Titcomb, chief executive of the Pensions Regulator said: “The agreement we have reached with Sir Philip Green represents a strong outcome for the members of the BHS pension schemes. It takes account of the interests of both pensioners and the PPF, and brings a welcome level of certainty to present and future pensioners.

“Throughout our discussions with Sir Philip and his team, we have always been clear that we were determined to achieve the right outcome for members of the schemes both in terms of the amount and the structure of the settlement.”

Members of the current BHS schemes will have three potential options: to transfer to the new scheme, opt for a lump sum payment if eligible or remain in their current scheme and receive benefits from the PPF.

In December, the Work and Pensions Committee recommended that companies face punitive fines if they fail to protect pension schemes, to stop them going down a similar route to that of the scheme at BHS.

The Government has also this month launched a consultation on the future viability of defined-benefit pension schemes, in a bid to increase confidence in the level of governance and scrutiny around workers’ savings.

The MP Iain Wright, chair of the House of Commons Business, Energy, and Industrial Strategy Committee, welcomed Sir Philip’s announcement, saying it “goes some way toward righting the failures and greed that we saw during the entire BHS saga”.

“I’m pleased that the cross-party committees worked together and kept the pressure on Sir Philip Green for him to “sort it”, as he promised. The 20,000 BHS pensioners should find themselves at least no worse off as a result of the collapse of this iconic British store,” he added.